By Esther Ligthart on Thursday, 31 August 2017, in Businessblog 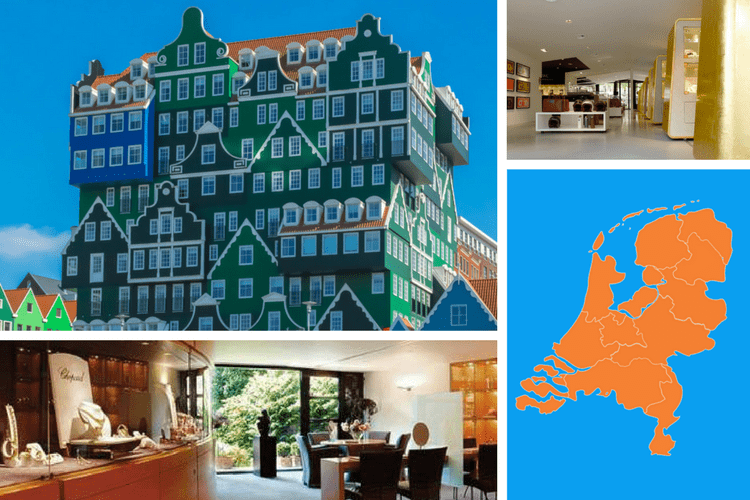 A beautiful small castle in the middle of the wood was the setting of a small public jewelry show in June. About 25 goldsmiths, vintage jewelry dealers, and watch companies were exposing their work. As I walked around, I wondered where the public had been hiding all the time! Flamboyant ladies and gentlemen, elegantly dressed or rather artistically, looking around and, even more important, buying jewelry.

Jewelry stores in the Netherlands

I couldn’t help but think about all the comments of jewelers, here in the Netherlands, that I had heard in my years on the road as an agent. Almost everyone was convinced to know their client’s taste and that until a brand had proved itself elsewhere, they were, most of the times, rather afraid of anything new that was just a little different. ‘’This will work in Amsterdam, perhaps, but not in our village’’ or ‘’ yes, it’s true, clients want something *different*, but this is not it”

The result is that most middle-class jewelers, store many of the same brands in their shops. Over the past 15 years, jewelry stores have grown from having a few brands and a lot of jewelry that did not rely on marketing or a brand name, to becoming stores that carried almost only brand jewelry, many of them created with a strong marketing support, like pos materials, advertising, billboards and so on. In these past years, it became also the norm for many stores, as soon as one sets foot in the store as a sales rep, with a new brand, to ask what the marketing efforts would be. Even before opening a bag.

The arrival of E-commerce and the impact of the crisis

It has been a big and difficult transition for many jewelers, from how they used to sell in the past, to selling these fashionable jewelry brands today. And many have struggled with redefining their identity. Much has happened in these years, because it wasn’t just the arrival of the many branded items, mirroring the apparel market in many ways, but we also have lived through a deep crisis that left its trace everywhere, even in the way clients buy. But e-commerce has developed big time too. While some claim it will never replace the way people buy jewelry, because trust and emotion are so important, that is not the case for those fashionable jewelry brands. Many stores complain of how a giant like Bol.com (a Dutch Amazon-like online store) has taken over the market and how they have become mere showrooms.

Of course, this is not the case for every jeweler in the Netherlands. Although the Netherlands may never have been huge in fine jewelry, like our southern neighbors in Belgium, it was indeed here that the success of Pandora, now one of the biggest brands in the world, was born. People do travel, they see more through Instagram, social media, blogs and so forth. And there are jewelers that have been catching the changed customer behavior and adapted quickly to it, offering much more experience to the clients, by changing concept, like Pertijs Juwelier did for example. They offer a wide range of luxury products, going beyond just jewelry and watches, but also a brand such as House of Eleonore, with the help of the legendary diamond house Asscher, that runs a concierge service and has created a strong story on ethically sourced jewelry, using lab grown diamonds.

Many reports claim that the future of the jewelry market, whether it is in the Netherlands or elsewhere, will see the same kind of development as the apparel market. Brands will open more stores, such as Swarovski and the aforementioned Pandora, allowing them to fully expose their brand identity and earn higher margin in sales. The higher end of the market will keep and gain affluent clients of all demographic backgrounds, although Millennials might opt for different brands and designers. And the lower end of the market, much like H&M and Primark do for apparel, will also grow. It’s the middle class and the department stores, that will need to find ways of how to survive in the next years. Some reports claim that investment groups will scoop up many of the independent middle-class jewelry stores. Some others say, that only a few will know how to survive. 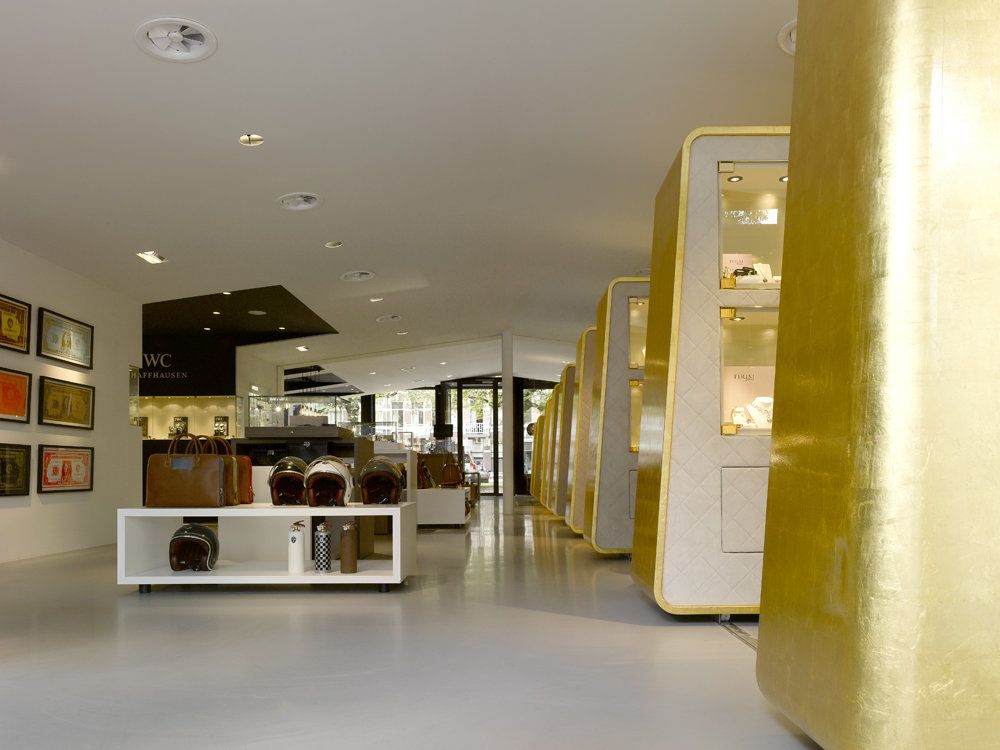 Although the crisis may have changed many of our consumer behaviors, and e-commerce is gaining more of the market, it is indeed the arrival of the Millennial that has perhaps the biggest impact on the development of the jewelry market. This group of digital natives, tech savvy people, born between 1980-2000, are the largest demographic group with the most influence on the older demographic groups than we have ever seen before. 50% of the population worldwide is under 30 and 25% of U.S population is a Millennial.

Although we need to generalize in order to give an idea, it is true that Millennials value access over possesses. They want to have gadgets and new technology that supports their lifestyle, rather than jewelry or cars. As a Goldman Sachs report on Millennial influence stated: in 25 years it will be the norm to share cars and owning one will be an anomaly! Millennials marry later and many are struggling with being the highest educated group, but with the lowest paid jobs and highest study debts, which means that they live longer with their parents.

But this group also is the real game-changer when it comes to life/work balance. No longer is the rat race, working hard to gain promotion and high income, the standard. Many perceive the freedom to spend time with family and friends, being able to practice hobbies and travel, the ultimate luxury. Status has not much to do with possessing, but lots more with shopping smart, getting the best deals, whilst enjoying life, beyond one's career.

A recent tweet of The Economist caused a hilarious avalanche of tweets as a response. “Why aren’t the Millennials buying diamonds ?’’ Answers ranged from  “ because I have 8 dollars to my name’’ to “we are the highest educated demographic group with the worst paid jobs”.

Although the tweet might have been provoking on purpose, one can’t deny that the jewelry and diamond industry has some concerns about the future of the industry, especially regarding the popularity of diamonds.

Why aren’t Millennials into diamonds?

Why aren't Millennials so much into diamonds? First of all, there is still always a group that, perhaps influenced by their upbringing, still values diamond (engagement) jewelry. But as we mentioned before, possess has lost some of its magical attraction. Most reports and articles that I have read in the past months agree that sales, as before the crisis, will not return.

We also deal with a much more informed public that values transparency and authenticity and have become deaf and blind to the one-way marketing of pure advertisement, as we used to see before. People today want to connect with a brand, they want some influence in their client experience, they even want influence on product development and although high-end brand names may have lost some of their lusters, Millennials are described also as very loyal once they truly feel heard and connected.

The industry knows very well that the blockbuster movie: Blood Diamond, has brought one of the darker sides of the diamond trade to the attention of a large public. As people value today, more than ever; transparency, doing going, paying it forward, sustainability, supporting a good cause and being good to the environment, it is time to really stand, as an industry, for those topics and make sure that in our new story that we want to tell the public about jewelry and diamonds, the efforts made in these areas are communicated well.

When I personally get asked about how to get the Millennials more interested in diamond jewelry, when we also see the trend of other gemstones in engagement rings gaining popularity, I tell them about the need for a new story.

Inspired? Why not check out more about the oldest jeweler of the Netherlands?

Other than sharing and connecting, it is through the ancient art of storytelling that we can connect with the public, in any communication we have with them.

I would suggest to get off our high horses, take away the many technical details, whenever we hold a diamond in our hands and show that diamond, the little miracle, to an interested public and start to tell a story. Perhaps we can tell the client where the diamond was originally found, maybe even show it through video. We can take the client on a journey through space and time and show them the wonder of the birth of a diamond, starting in the stars in our universe.

It’s a natural wonder and it’s precious because of its incredible history. There is no magical recipe, of course, but acknowledging that times, people and values, have truly changed, is the first step.

So my advice would be, let’s create a new and far better story!

Please do note: all opinions are mine and personal. I am aware that there are many different realities out there!

Like to read the article in the WORLD DIAMOND MARK magazine?