By Esther Ligthart on Thursday, 16 March 2017, in Stories

In the Kono District, an area known for its diamond mines, a large diamond,weighing 706 carat, was found. The Christian pastor Emmanual Momoh, made the discovery and handed it to the local chief, who brought it to president Ernest Bai Koroma. It’s the thirteenth biggest rough diamond, so far, ever found 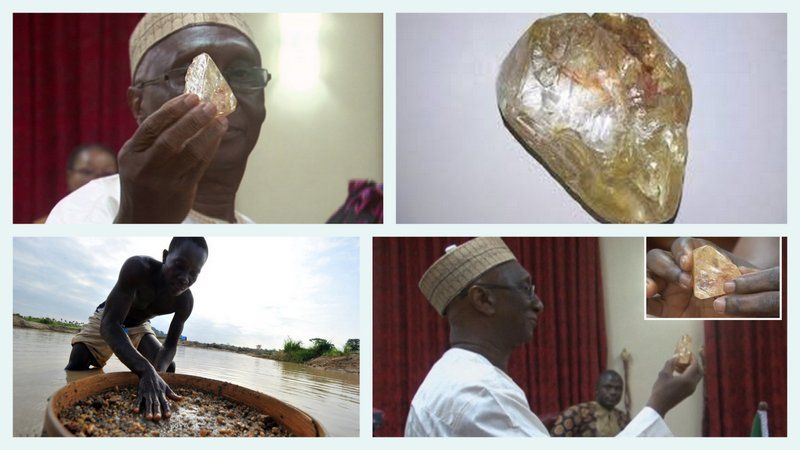 It is not just the sheer size of the stone that makes headlines all over the world, but also the fact that it has been handed over to the president, who stated he will auction the gemstone and that both finder and people in Sierra Leone, will benefit from it.

Apparently, there are many miners in the country, which is known for its diamonds. Many diamonds are smuggled out of the country. But things never have been very organized or transparent when it comes to diamonds in this particular country. 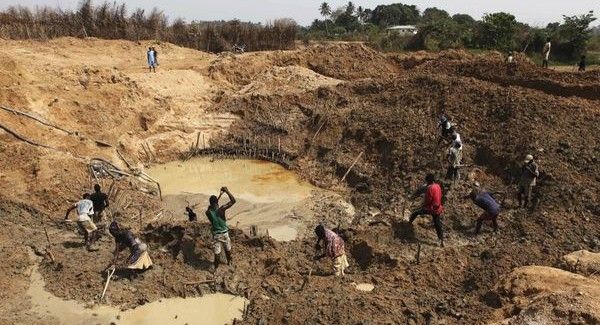 Sierra Leone has known a decade-long civil war which led to 50.000 people dying. The term blood diamond comes from this time in history, where rebels forced civilians to mine diamonds. Those diamonds were exchanged for weapons. The famous Hollywood movie, starring Leonardo di Caprio, brought this to the attention to a much larger public.

The part of mining and sourcing remains still often a very complex and not always pretty and well organized in terms of leaving environmental footprints, the protection of human values and rights and so forth. At the roots of it all, there are people that work very hard, under circumstances we would not accept in our world and they never seem to gain wealth from this, which would lead them to live a more carefree life.

I admit that I would need to dive really deep into this complex matter, to give a well-founded opinion about this. But let me be very clear: I would like to see things improve and become more just for everyone in the chain. This way, I am sure, that we could ensure the future of the now declining popularity of this beautiful rare gemstone. Especially in the engagement and bridal ring industry and amongst

President Ernest Bai Koroma: ''The whole country must benefit from this diamond''

Having said that, I am happy to learn that this stone made headlines and it may help. Once in the public eye, people and reporters might want to feel the urge to see how much truth there is in the words of the president who told the press that the whole country and the finder should benefit from this stone.

Well, the value all depends on the quality. Size is not everything when it comes to gemstones in general. Quality and color will be of significant influence when it comes to putting a price on a gemstone like this. It has the potential of selling for millions of dollars. This may not make a huge difference in many countries, but please do realize that the income per capita is 620 dollars in 2015 (World Bank data). The stone is yet to be valued but could be worth millions of dollars. Sierra Leone's gross national income per capita stood at $620 in 2015, according to World Bank data. 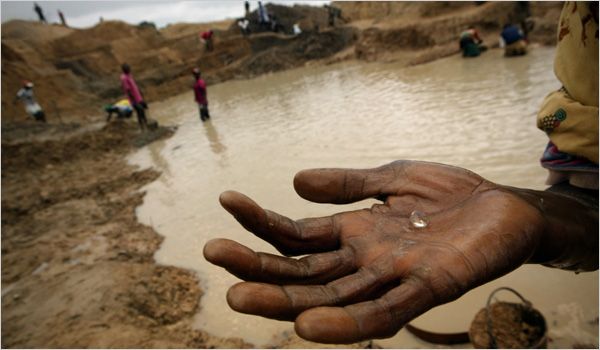 The U.N lifted its ban on diamond export from this country in 2003. The international Monetary Fund expects that Sierra Leone will export around 113 million dollars worth of diamonds. But this country and the whole sector in itself remains very unstable. Smuggling is one of the bigger problems these days. 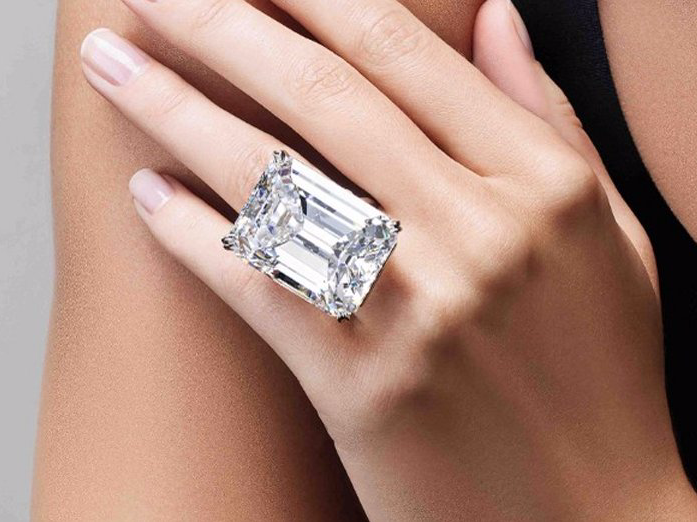 The biggest diamond ever:

The biggest diamond ever to be discovered so far was the Cullinan diamond, found in South Africa in 1905. The store weighed 3,106 carat and was cut to more than one diamond. The two largest ended up in the crown jewels of Great Britain. The last big diamond was found and mined in 2015 in Botswana. The weight of that particular diamond called the Constillation was 1.111 carat and was acquired by deGrisogono in September 2016

A 1,111-carat diamond was unearthed in a Botswana mine in 2015. It was mined in the Karowe mine belonging to Lucara, who sold it to Nemesis International. The famous and beautiful jewelry company deGrisogono from Switzerland bought the diamond from this company and exposed it at the 28th Biennale des Antiquaires in Paris. 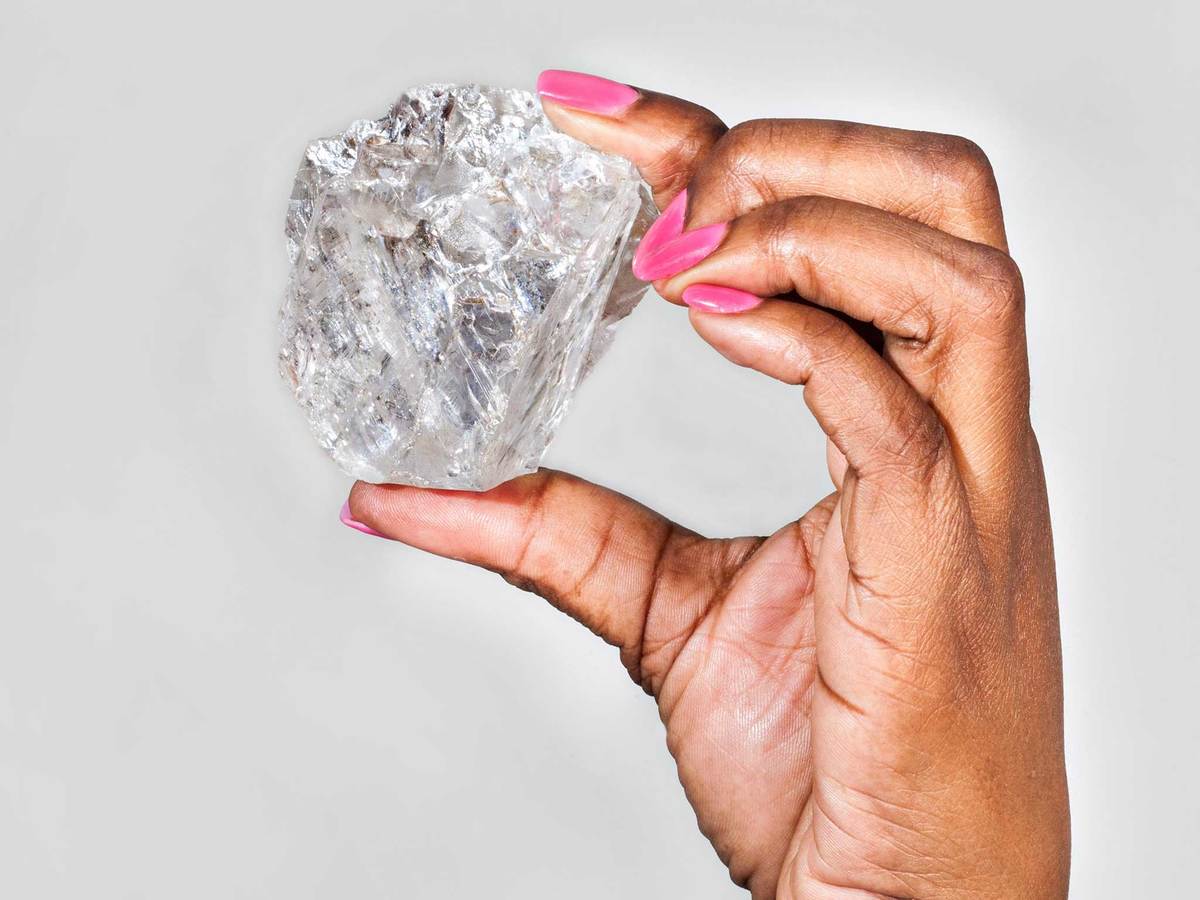 The top 5 biggest diamonds in the world: