Is jewelry the perfect gift for Valentine’s Day?

By Esther Ligthart on Thursday, 13 February 2014, in Inspiration, Stories

Valentine’s Day is about love. Yes, definitely. But this wasn’t always the case. It has a long history which has nothing to do with love but everything with lovely storytelling :-). The origins of this *tsunami of love day* are found in the Cristian culture. 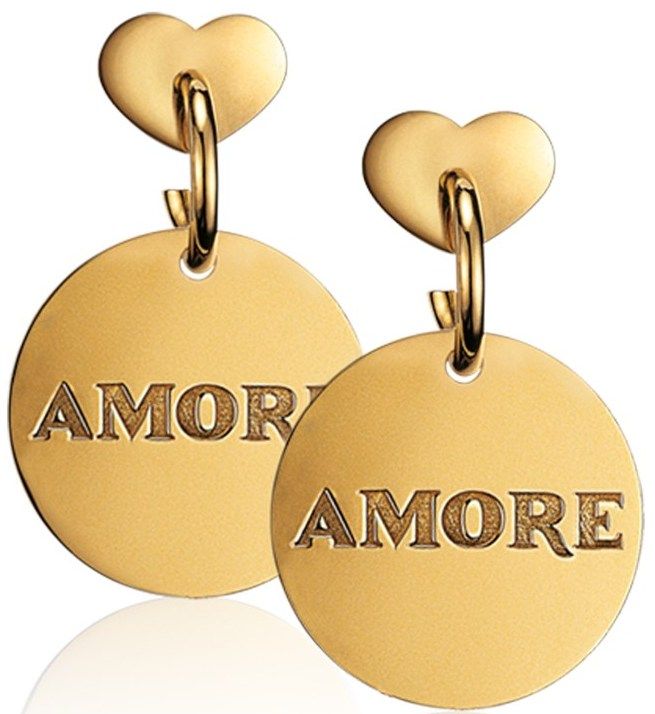 There is no guessing what this message is all about, even when you don't speak Italian :-) By Pasquale Bruni. That has the most extensive collection Amore engraved jewelry that I know of!

The not so romantic beginning of Valentine’s Day

There was a martyr that carried the name Valentino. He was sentenced to death. Then the storytelling begins and I can see why people started to connect it with love: Valentine is said to have cured, the evening before he was sentenced to death, the daughter of his guard in prison. She was blind and he gave her back her sight. He then wrote a letter signed with: Your Valentine. 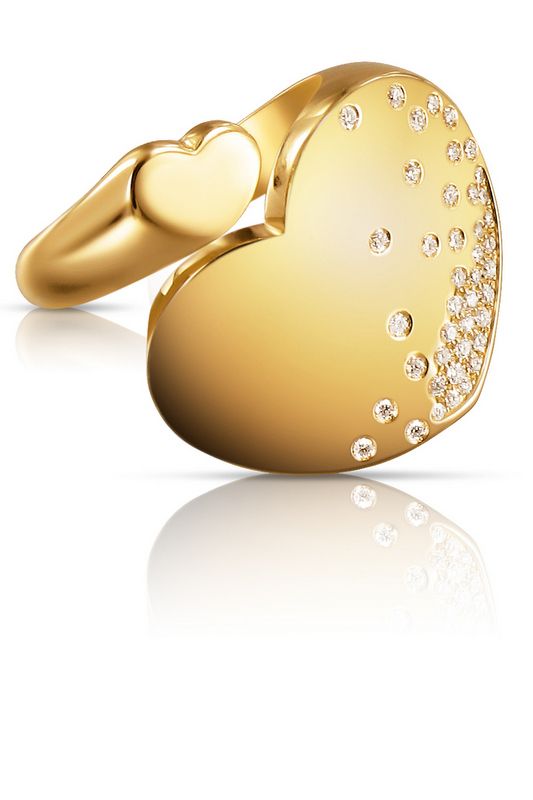 The first recorded association of Valentine's Day with romantic love is in Parlement of Foules (1382) by Geoffrey Chaucer:

"For this was on St. Valentine's Day, when every bird come there to choose his mate."

This poem was written to honor the first anniversary of the engagement of King Richard II of England to Anne of Bohemia. (Only 15 years old!) 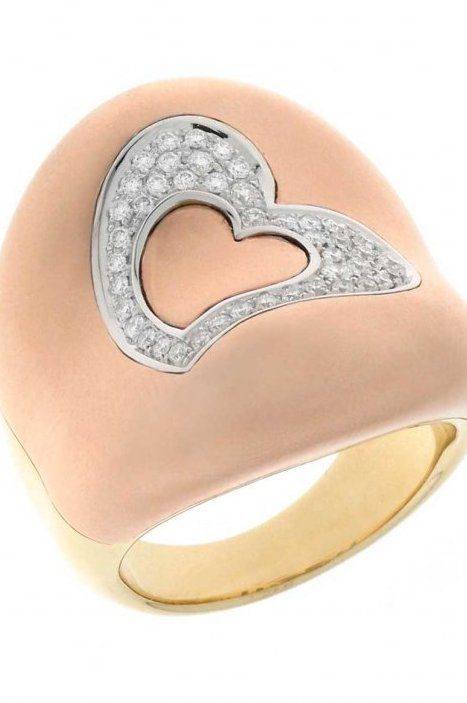 Pale, soft and romantic. Chimento's view on love expressed in a ring.

The British were the first!

In 1797 a British publisher issued the ‘’Young Man’s Valentine writer’’ that contained scores of suggested poems and verses to express love. Printers already were capable of producing *mechanical Valentine’s* and this way, in a very prudent Victorian time, it was possible to declare (often a secret) anonymously love to someone.

A very precious sign of love by De Grisogono.

From then on, it seems that Valentine’s Day slowly entered in people’s hearts and minds as the day of Love.  In the U.S it all started with a daughter of a stationary store owner; Esther Howland ,that  saw an English Valentine’s card one day. She had the idea to produce them too for their home market. And that took of very well.  Chocolate, flowers and all kind of heart shaped items became the most popular gifts to exchange, as time went on. But the cards never vanished.

Love from the U.S. brought by LeVian. The Chocolate diamond collection. Chocolates and diamonds? You cannot go wrong with this ring! :-)

And along came the diamond industry!

The diamond industry smelled an opportunity to promote jewelry in the 1980’s. And nowadays, many jewelry companies propose their own Valentine’s jewelry. 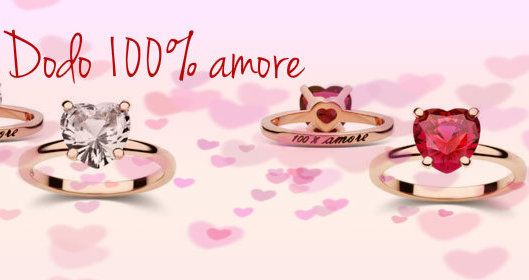 The ever so cute DoDo collection from Pomellato made a very classical series of more affordable rings by this brand.

Love in the Netherlands

In the Netherlands it became a thing only in the 1990’s. Some companies smelled the money and it was soon commercialized. Although it just never really got as big as in the U.K. or the U.S. And numbers are dropping already since the crisis hit the European mainland. In 2012 it was just 24% of the population doing *something* for Valentine’s Day.Valentine’s Day is celebrated in all kinds of ways all over the world these days. And strictly forbidden in some countries (for example: Saudi Arabia)

Dutch Love....expressed by TOV from Amsterdam

So is jewelry the perfect gift for Valentine’s Day?

Is jewelry the perfect gift for Valentine’s Day? It depends on your view on that day, I guess. As this is a jewelry blog I should maybe say it is, but really I never felt the tradition much. If anything, I would suggest people to take that day as a reminder that LOVE is our primary emotional need that we want to be fulfilled in our lives these days. And if we are lucky we have friends, family and maybe even a life partner who loves us, and that we love. We could express that love in many ways.  If you can afford it and it is appreciated, then yes: jewelry is a wonderful gift. And don’t get me wrong; jewelry is an amazing gift to express ones loves, but on all days and in many special occasions! Not just on Valentine’s Day. :-) 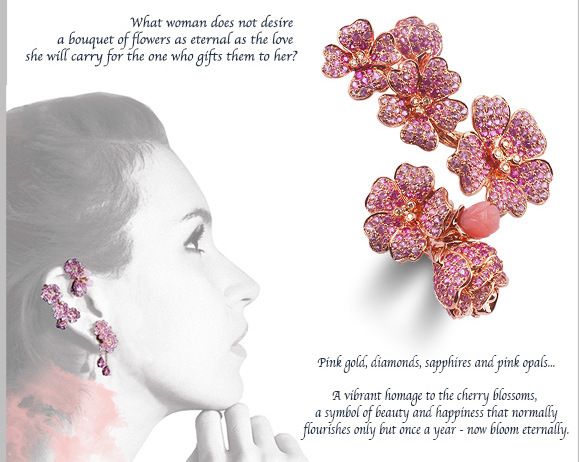 Morphée Joaillerie from Paris is a very romantic company. They know all about storytelling and romance....

A rose on a weekday, a ring just to tell you: I love you

We live nowadays even more in a culture with huge expectation about romantic love. Often extremely unrealistic, but why not bring a little more unexpected moments of showing love with a symbol like a poem, a rose brought home on a very normal weekday or a ring just to say: I love you…..!

A rose on a weekday....By Smith & Grey from London 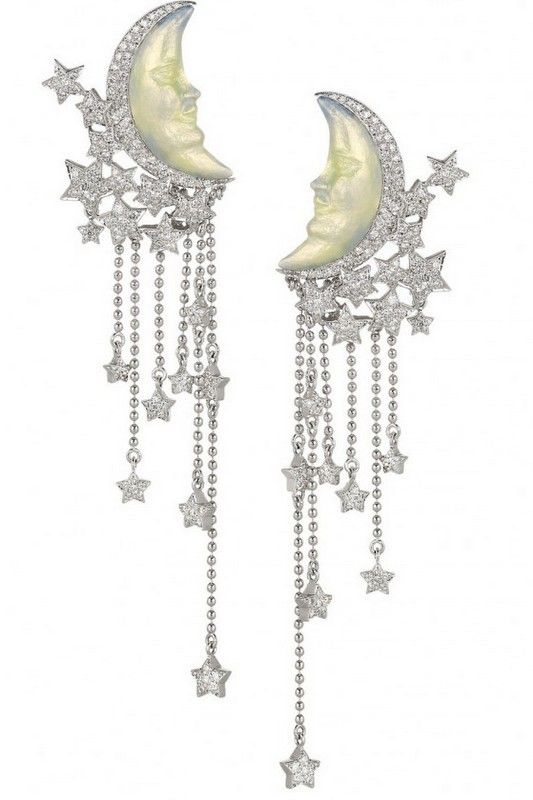 I will give you the moon and the stars.....Oh how romantic that sounds! Lydia Courteille translated that in this stunning way

The hearts tell it all, this ring fits the young lover. But also can look lovely just above your wedding ring. Love ...oh love.. 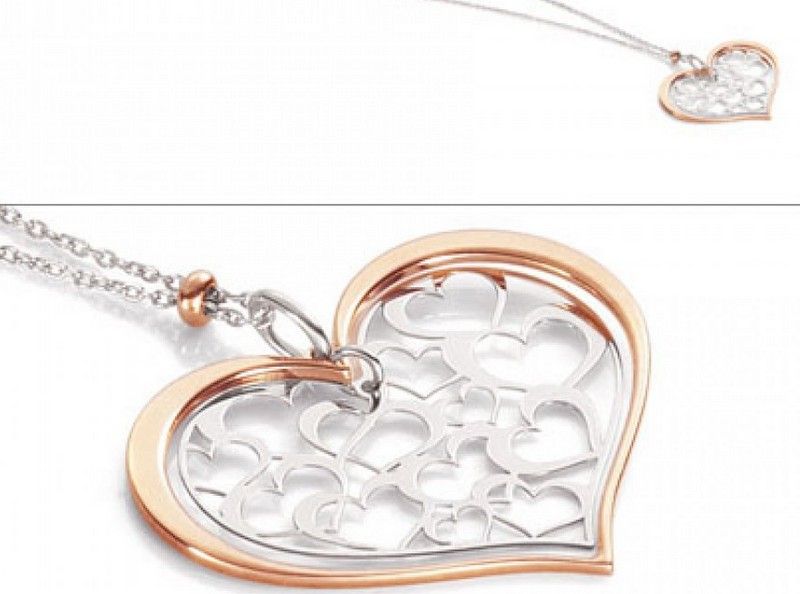 A less costly effort to talk about love by Nomination. I think it does look nice! 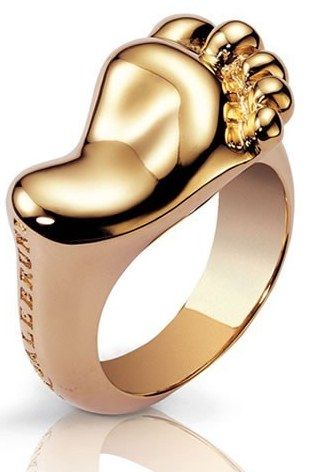 Ok, so I didn't mean this as love for foot fetishists, hehe...But this reminds me of the soft yummie feet of my little child. What love is greater than the love you carry for your child. Lovely gift for young mums.... 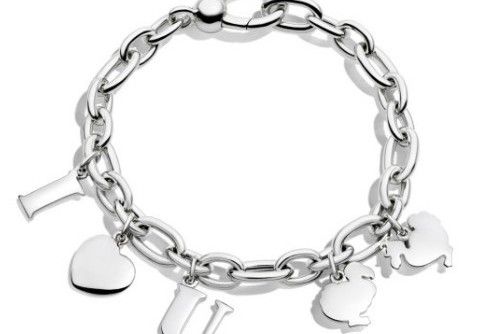 Pomellato. I love you and the DoDo's. Chunky and fun. 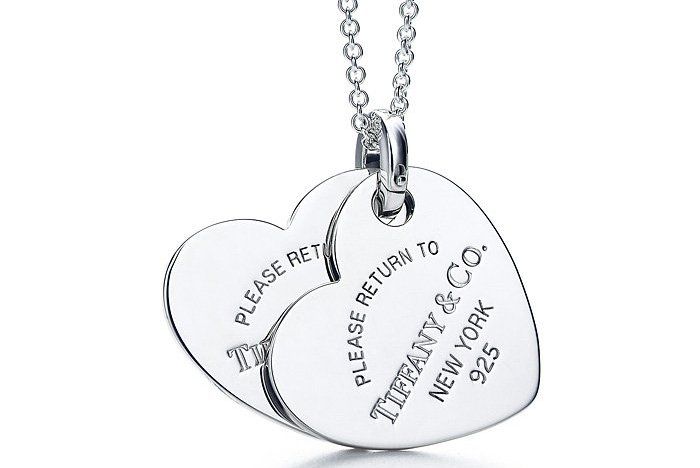 Don't have a clue? There is no girl who wouldn't be happy to open the famous light blue box of Tiffany....:-)

Love and seduction...represented by the apple offered by a female hand. It reminds of a story...;-) This ring is from Stephen Webster. With the slightly gothic, dramatic and rockstar approach, this ring is called: murder she wrote.

Yes, I know, not for everyone, but luckily: we are not all the same. I know that many people out there will just LOVE this. And I love the humor about it.

Ps. The rings on the cover of this article are my Solange Azagury Partridge from London. As a tribute to the British as being the first to translate Valentine's Day to the Romantic Day it is now. Hot Lips comes with all kinds of colors.