They say that fortune favors the brave and good people. However, courage might not always be our strongest virtue, or do we not dare to trust ourselves? Throughout history amulets were worn to help us to win the favor of the stars.

*Bracelet on the front page is by Aaron Basha 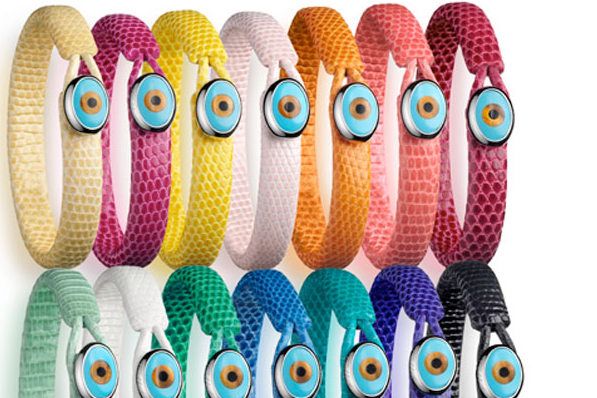 Bracelets by Tabbah with the *eye*, Nazar, will it protect your from the Evil Eye?

It might be that lucky charms in their many different forms hold the record of longevity among the anthropological reasons for wearing jewelry. As for centuries even those who you would never suspect consider it a sort of necessity. And admirably, jewelers all over the world spend great attention to amulets of any price, as they are so dear to people.

There are many different lucky charms and different objects that are considered to bring fortune and prosperity.To us the most famous ones might be the ladybugs or ladybird, the horn, deeply loved by the Italians from the south especially, the horse shoe, the four leaved clover.But there are of course many many more. I picked some of the most interesting ones, and of course, I had to get photos too so some were a bit impossible J Hopefully you get inspired and the next time you need to get someone a gift, or think of your own fortune, you get back to this article for inspiration! 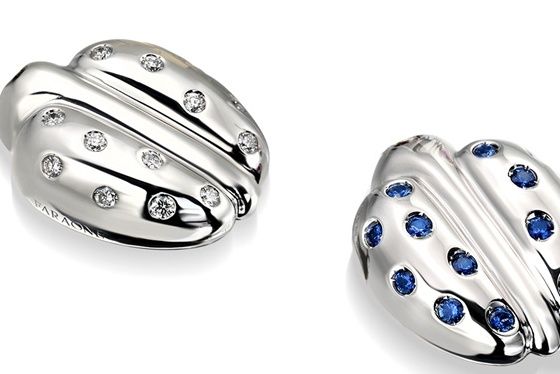 The horn, il corno, is a dearly loved charm in Italy. You can find it in all prices and sizes. Often it’s pending in some form (not jewelry of course) on a car’s inside mirror. And people really care for this little horn. But little did I know that it has a very long history. It was already favored by people around 3500 B.C. Now that is a very long time ago. They hang it above the entrance of their huts and it was said to bring fertility to the family living there. In mediaeval times it had to be red and handmade to bring luck and fortune and it was a symbol of life itself. The Greek mythology even has a story about it: Jupiter has given a horn with magical powers to its wet nurse to thank her. And Naples has its own superstition: a horn should always be given to you and you should never purchase it yourself. Furthermore, it needs to be rigid, hollow and with a pointed tip. You are warned!;-)

The four leafed clover is rare and therefor one who finds it is considered lucky, it is also a strong symbol in Irish culture.  Elephants: Ganesh is the Hindu God of Luck and there are many who believe that elephants bring good fortune. I even found a forum with people talking about how its trunk should, in case of a statue; face the window or the door. There were different opinions about that, haha! Anyway, it seems like it brings more luck with its trunk up in the air. So look for that! Some claim it brings fertility. Again: you are warned!

Pigs have links with luck in the Germanic cultures. I never heard of it, but I just love them anyway. And as I found some really cute jewelry with pigs I could not leave them out. Dolphins: they have different virtues, but to most of us they are a symbol of protection. Dolphins are just very beloved animals appealing to almost everyone.  Owls:  now they are symbol of wisdom and science. In mediaeval times it appears that students wore amulets with an owl when facing an exam. It was also believed that pinning a dead one above your hay stack kept death away. Yuk!

Turtles, how cute are they? In Feng Shui they are a good luck symbol. You can never go wrong with a turtle I would say! Tigers bring luck according to Chinese astrology and protect you against theft and fire. A nautical star is a good luck charm for a sailor.

The number 7 is considered to be a lucky number in most Anglican countries. But even in Japan it stands for 7 virtues. And 7 comes back in spiritual and religious beliefs.  A curious one is bats , especially red bats (they bring luck in China) Crickets seem to bring luck in Asian countries. And so are dragonflies. I love them both as a subject in jewelry (and in real life too) so I wanted to add them. The scarab is still going strong today and can be found in Arab countries but of course all over the world too. And from the Arab region we nowadays embrace the hand of Fatima (also called the hand of Maria, or Miriam depending if you are Christian or Jewish) often combined with Nazar (the eye). This symbol is said to protect you from the evil eye.

Did you get any inspiration from all this information? I am not wearing any lucky charm myself. Too scared that I will start to believe in it! I love the fun part of it and the stories behind them. And to all of you: I wish you all the luck and fortune in this world!

And now, for more inspiration: more jewelry! Have fun, which one is the one most appealing to you? 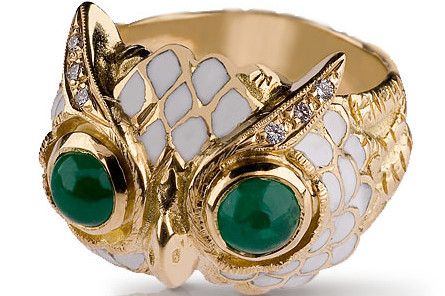 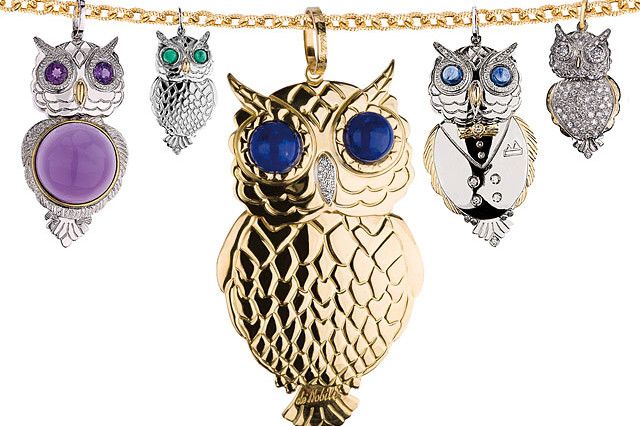 Owls, symbol of wisdom and science. They might help you in your journey to get wiser. Both are from DeNobilis. 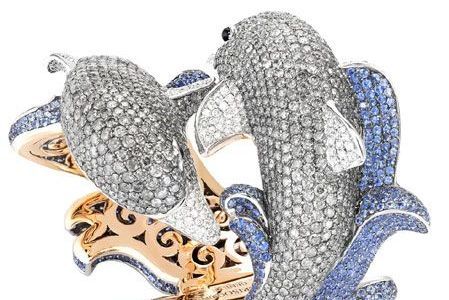 Dolphins bring us protection. This beautiful bracelet is by De Grisogono. Stunning and of course very pricy 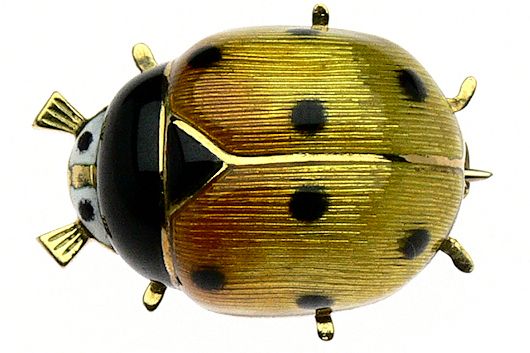 If one lands on you, it is considered good luck! Do not ever kill on, that brings you bad luck, so they say. This ladybug or ladybird is by Diamoro 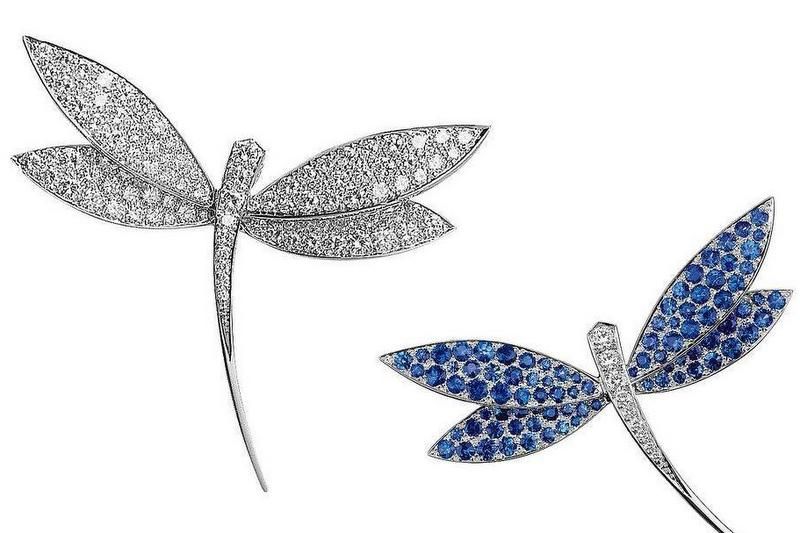 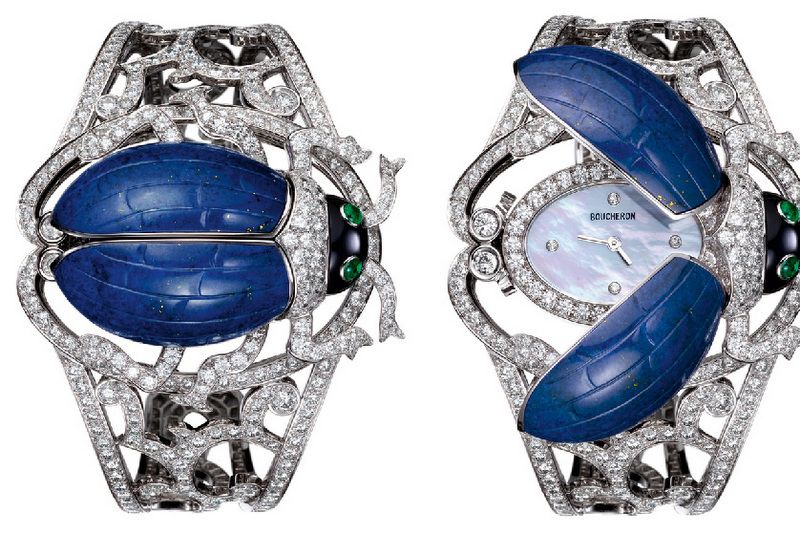 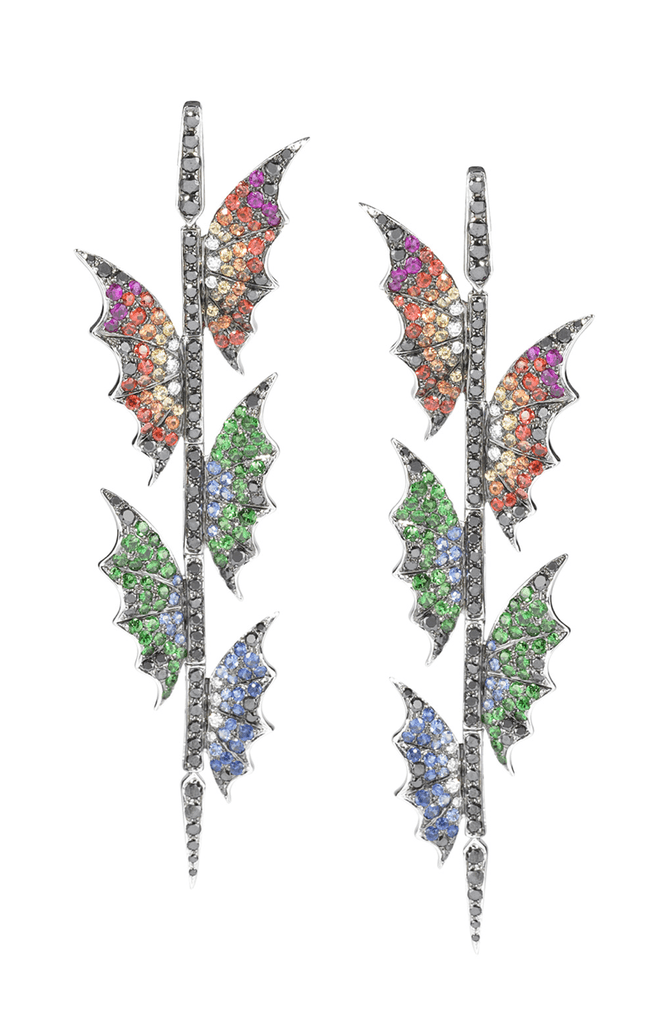 it wasn't easy at all to find a red bat, but here you go! By Stephen Webster, who else :-) 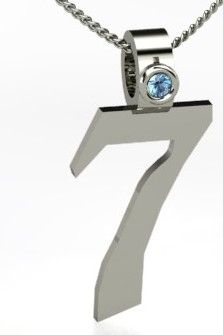 I have to admit that I too feel this is as a lucky number, am not so original as I read that most people in Anglosaksian countries think the same.

These cute bracelets are by Cruciati and Damiani. Gold and fabric. Lovely and with all those four leafed clovers you should be showered with good luck!

A cricket, we did not know it brought good fortune! 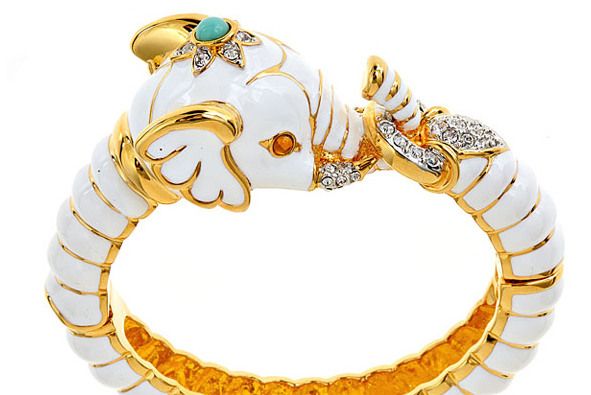 How cute is this bracelet? They come in all kind of colors, the trunk is up, so we cannot go wrong at all. Just not sure if you should keep your arm then facing the window or the door :-) By Kenneth Jay Lane 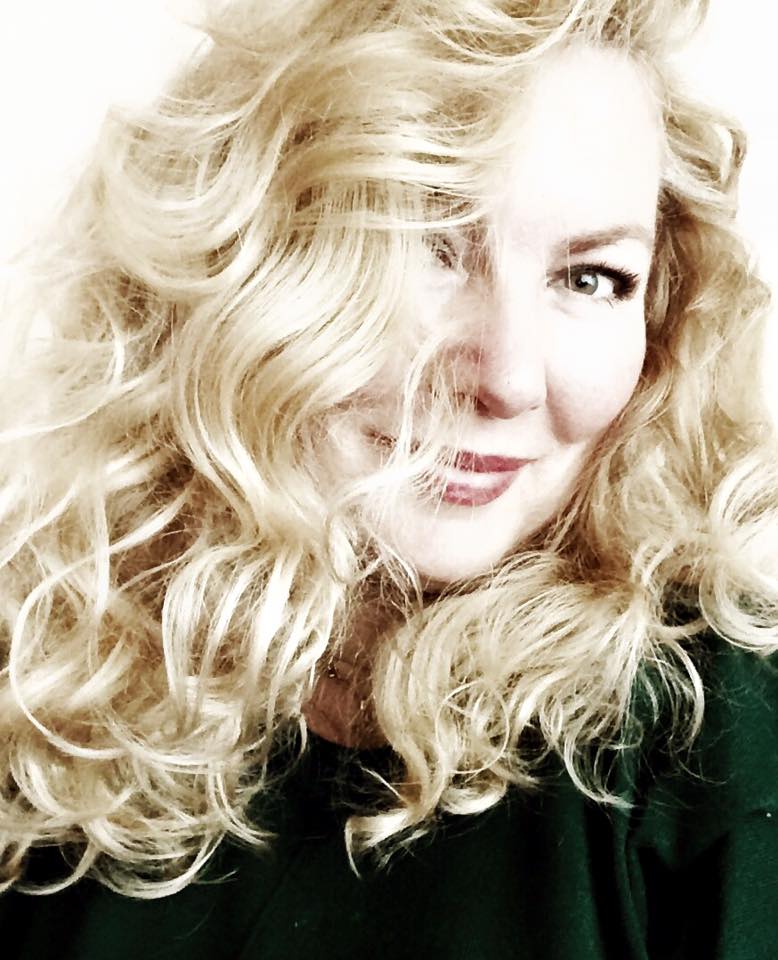