Urso Luxury creates a world of incredibly beautiful pens and accessories. I always see their writing instruments as jewelry to write with. Their latest collection is all about the fascinating world of Mesoamerican culture and literature: Quetzalcóatl, Aztec Civilisation. 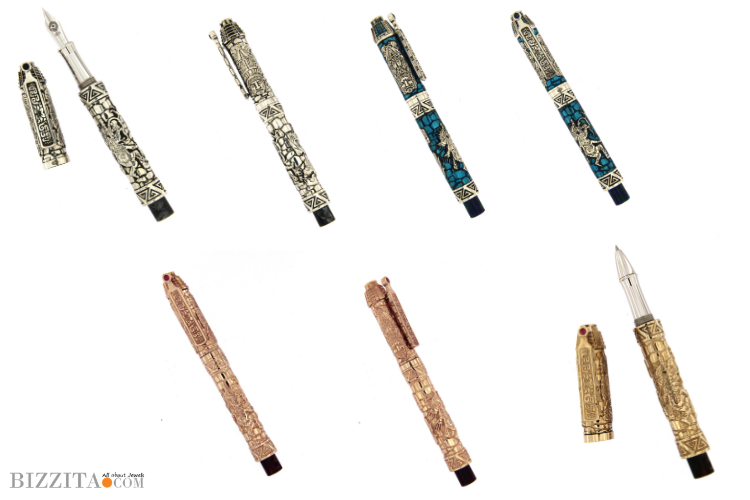 When Urso calls me and tells me about a new project, I am always immediately triggered! Urso is this small boutique-like designer working from a town near Valenza. The Italian town is known for the numerous amounts of highly trained craftsmen and knowledge about jewelry manufacturing. True lovers of luxury and especially writing instruments know all about his highly sought-after limited edition pens.

Two weeks ago, Giuseppe called me to tell me about their latest project, and when I learned the theme of this project I couldn’t wait to see how they translated the idea into an actual pen design!

When I asked Giuseppe about the inspiration for this pen he answered:’’ It was my son Riccardo’s project: he felt a strong curiosity towards pre-Columbian civilizations and the impact of European civilization on hitherto unknown populations, invasions, and conquests''. 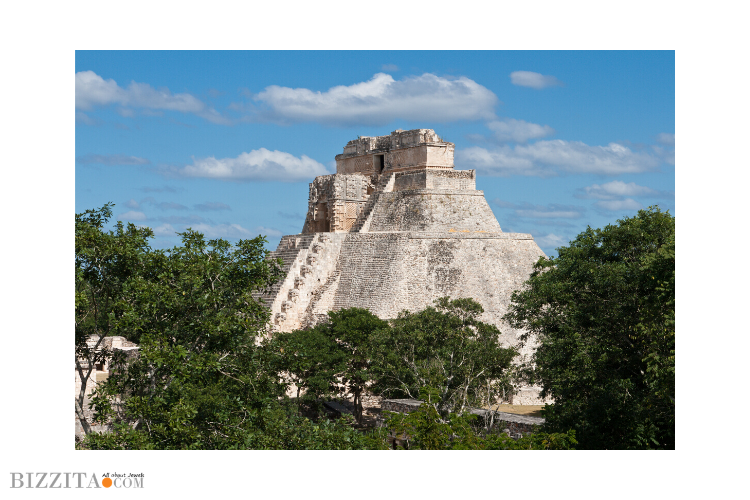 Giuseppe: ‘’ through the experience of the family, Riccardo interpreted this pen with challenge and creativity by combining new technologies with the goldsmith's craft giving precious support to the company and the collectors. I am so proud of him’’.

Mesoamerican culture is hot. Our interest in the culture itself reflects in art, design, and fashion.

But who is this Quetzalcóatl exactly? What does it represent? 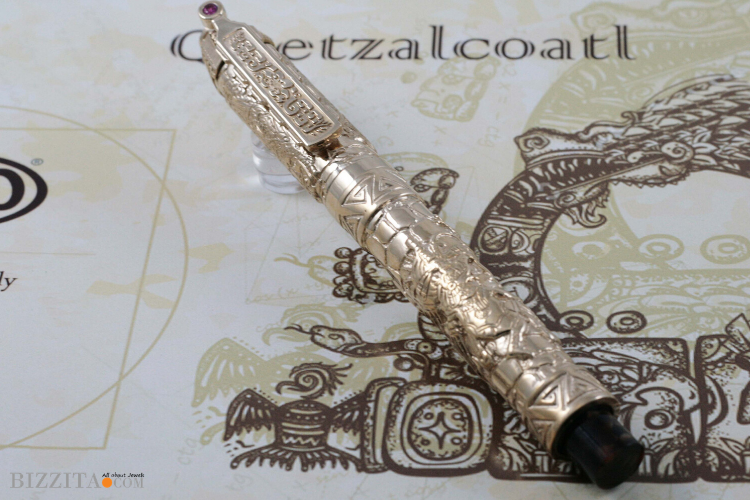 There are several animals that thought to represent Quetzalcóatl including rattlesnakes (Coatl means serpent) crows, and macaws. But also in spider monkeys, ducks, the harpy eagle. Fun detail: the name also seems to refer to Quetzal, the bird, and snake ( A snake with feathers) but apparently the bird we now know as Quetzal wasn’t called that way back in those days.

People have always used symbolism as a way to express themselves. You might just love the historical aspects and influences of this pen and its inspiration. But many buy jewelry and also writing instruments because the symbolism on the pen itself resonates with them.

To give you a better idea about the dimensions of the pen: 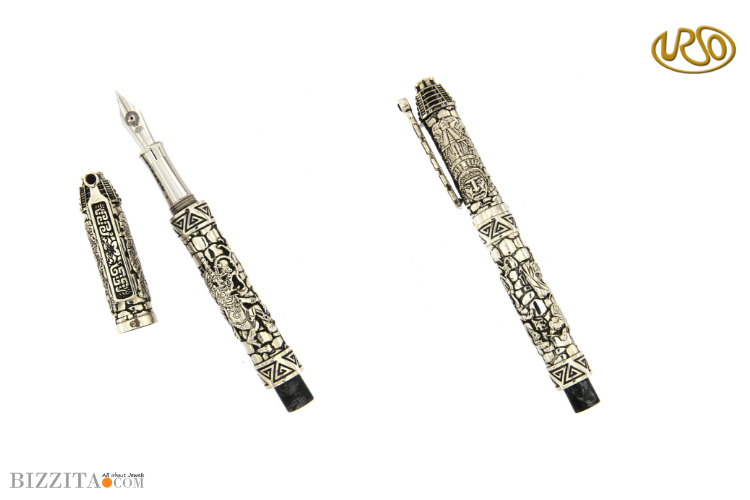 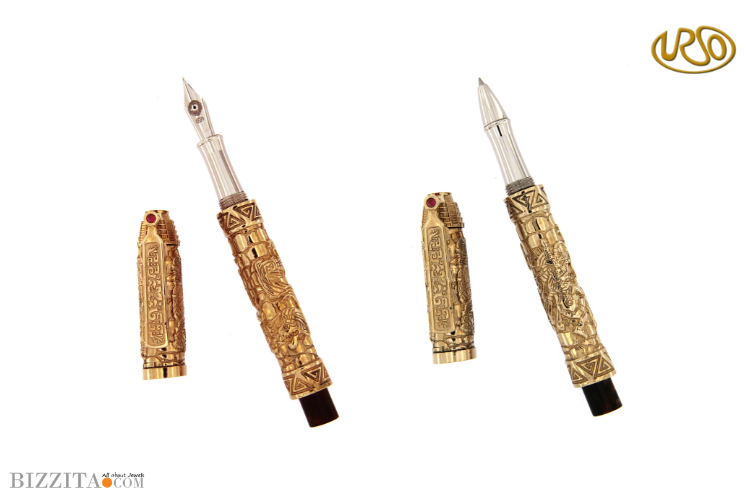 The clip represents the Aztec sword (Macuahuitl) and there are three different versions: 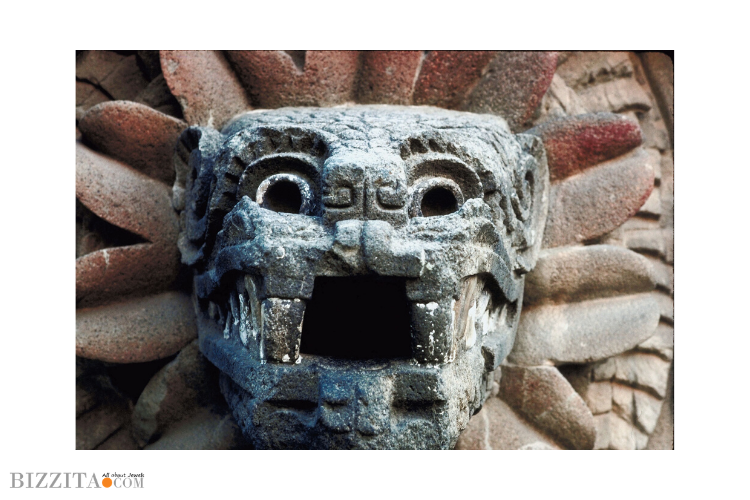 What makes this pen unique?

First of all, this is truly handmade. By goldsmiths, who work in an artisanal way. They stand out because of their incredible craftsmanship.

Masterpieces for the gentleman or lady that adores holding a beautiful pen in their hands. I own an Urso pen myself and I know how it feels when I take it out to write something when visiting a company, trade show, or client. It’s a conversational piece and especially today when we revalue what true luxury actually means, I get so much joy out of using it.

Owning a pen, such as an Urso Pen is luxury. You won’t need it, but if you can afford it and love the idea of a beautiful piece of luxury that you can actually use and which will last you a lifetime, then you might opt for a pen from Urso!

This is a 5***** pen! I endorse Urso fully and I feel so confident about their pieces as to say: money on luxury well spent!

A beautiful writing instrument isn’t just that, it is almost a mindful object. In a world that has gone digital, actually holding a pen, especially when it’s so beautiful and precious as an Urso pen, means something. It demands your attention. It makes you stop and really look at the object itself. 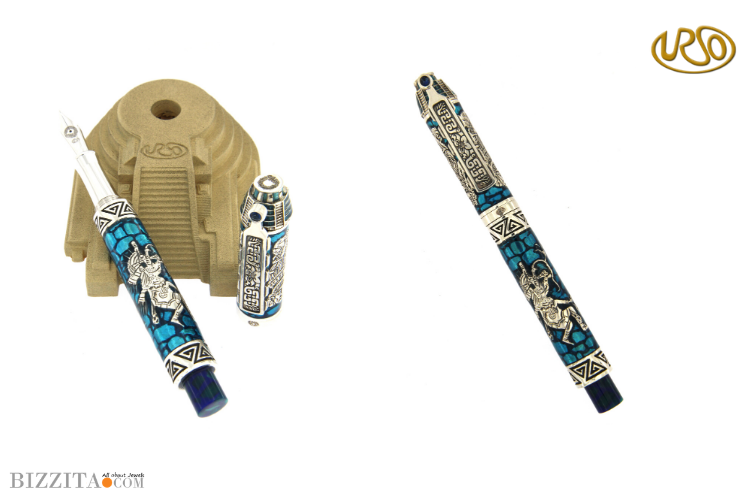 We know there are avid collectors of writing instruments and especially Urso pens, but this is obviously also a wonderful gift to someone who graduates. A very special gift to those who start a new job. It’s the owner of a yacht, the businessman or-woman who cares about details, the poet, the writer, and journalist and for all those, like me, who treasure the feeling of handmade luxury, an utterly beautiful writing instrument, in their hands.

Details on where to find the pens:

This article has been produced in collaboration with Urso Luxury. I only work with companies I personally believe are among the best out there!