The Patalia Necklace by Cartier, the most extravagant necklace ever

In beautiful colorful India there once were Maharaja’s. The Indian subcontinent was divided by many little and bigger princely states, there were 600 of them!  And the Maharaja’s were the rulers of these princely states.One of the most extravagant and famous maharaja’s was Bhupinder Singh. He was born in 1891 and was maharaja of Patalia by the age of 9. There are some amazing and weird stories about this person, one of them is the story that he used Rolls Royce’s to transport garbage. (it seems that Rolls Royce has been complaining and even refusing to deliver cars for this reason, they were offended!) 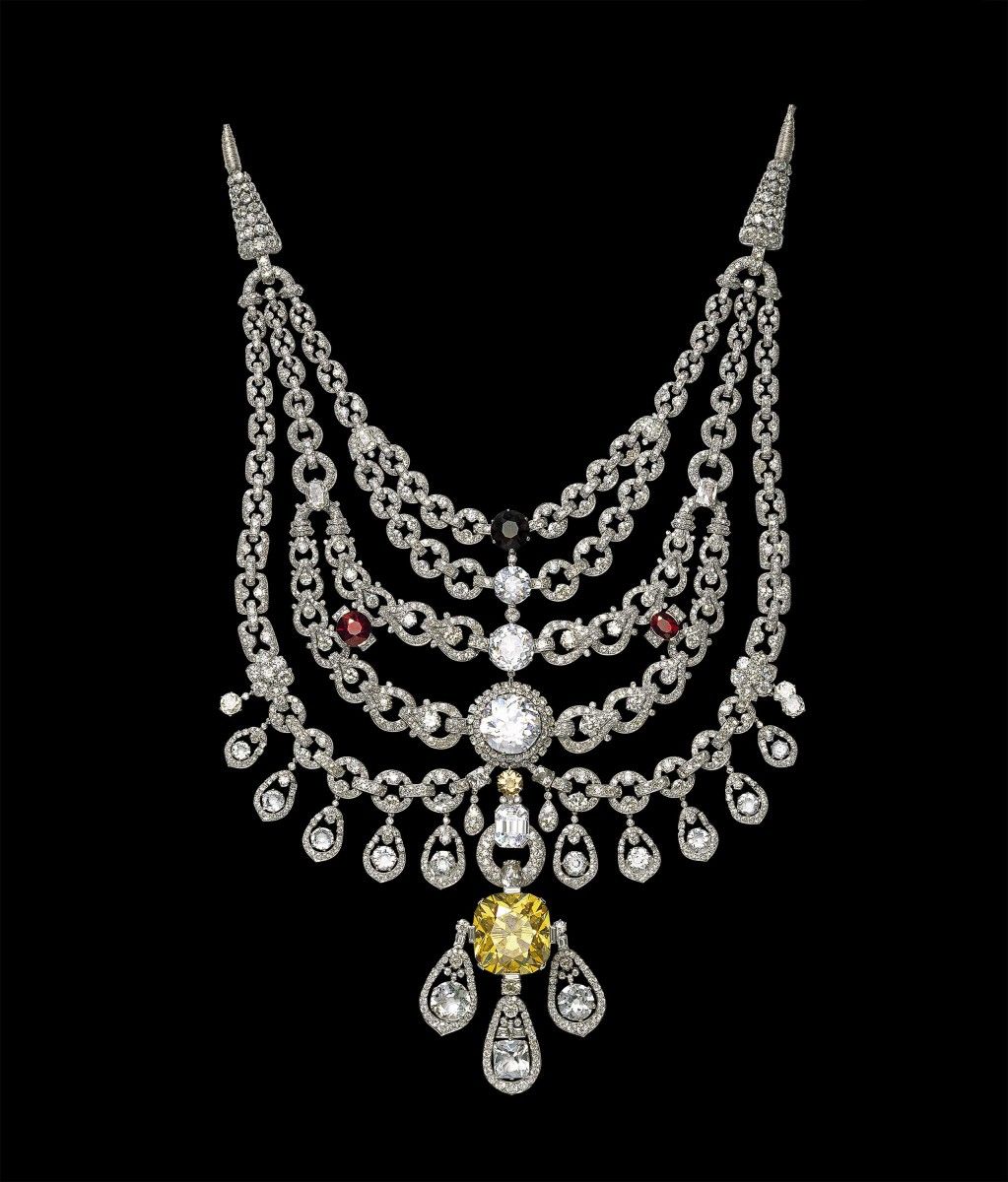 It was normal to marry more than one wife. So he had 10 wives and many mistresses. At the end this resulted in a massive amount of children; he was father to 88 of them! Only 53 survived him however which is stunning as he was only 46 when he died. The maharaja was close friends with the English ruler. In 2013 a dinner set of 1400 pieces (!) was sold for 3 million dollars. A Russian businessman apparently bought it. This set was ordered in 1922 for the visit of Kind Edward and it was completely made of silver and with layer of gold all over it.

The Maharaja in full glory

The maharani was the maharaja’s wife and some were more important than others. His most important wives needed to be kept content and happy as of course the other wives needed attention too. It must have been something to keep them all happy and in harmony. Once he bought a beautiful, very complicate watch for his favorite maharani. Made in 22 karat gold! But 4 princesses ( yesss, sisters)who were all married to him, became rather jealous. He hurried to buy them even more beautiful, bigger and more expensive watches.

Apart from all the extravaganza there is another side to Bhupinder Singh, maharaja of Patalia. He was a war hero and a huge sportsman. He was an excellent cricket player and owner of one the most successful polo clubs in India. He was also the very proud owner of the first private airplane in India. 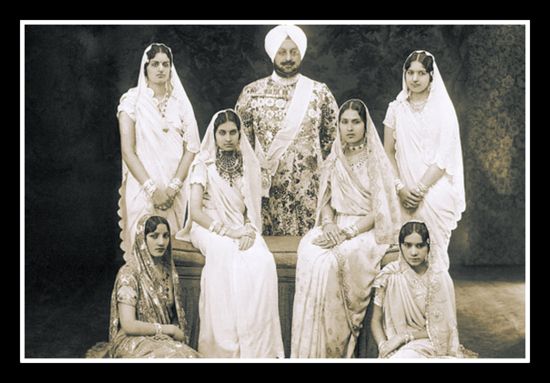 The Maharaja with some of his wives

And now, we come to his love for jewelry. He apparently possessed loads of jewelry as did all his wives. But the most famous piece, the piece always directly linked to his person and his most expensive piece ever was and still is one of the most exclusive, exquisite and remarkable pieces of jewelry ever made.

F. Russer was a Swiss jeweler and delivered many wonderful pieces of jewelry to Bhupinder Singh. But for this most famous piece of jewelry ever was commissioned at Cartier. So in 1928 Cartier produced the famous Patalia necklace.

The Patalia necklace was covered with 2.930 diamonds, a handful of Burmese rubies, 7 enormous diamonds all between 18 and 73 karat. But the most spectacular bit was the enormous yellow diamond. Also known as the The Beers Diamond.  This is 7th biggest diamond of the world. 234,69 Karat of pure beauty!

Thankfully we still have many images of the marahaja with his Patalia necklace. Whatever your opinion is about this man, he certainly knew how to carry himself wearing this enormous necklace.

In 1947 India became an independent state. This meant also the end of the power of the maharaja’s. It was only 10 years later that the Patalia necklace disappeared. It is thought that the family must have hidden it somewhere, maybe because it seemed it wasn’t uncommon for the Indian state to come and claim the wealth of the maharaja’s. There is no sign of the necklace for almost 40 years. 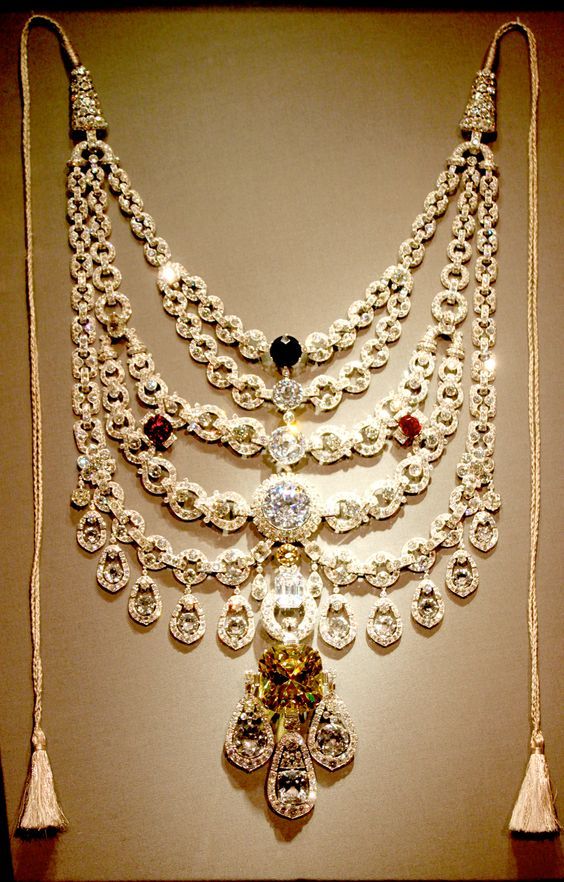 The Patalia necklace by Cartier

THE DISCOVERY of THE LOST PATALIA NECKLACE

So…one day a gentleman walks into a London second hand jewellery store. He looks around for a while and suddenly his eye caught a dusty piece of jewellery, many stones were missing, but he immediately knew what this necklace was. You might think that anyone should have noticed, but it was in bad shape and it was more a plain necklace with all kinds of stones missing. Of course all the precious stones were gone. And so was the big yellow The Beers Diamond.  Cartier bought the Patalia necklace back and started to restore it. That took a mind blowing 4 years! First they tried with white topaz and white sapphire. But the results weren’t very satisfying.  So in the end Cartier chose cubic zirconia. This gave the absolute best result as it sparkled and shone as it once did when still in the original state. As this Patalia necklace would never be sold again and to maintain costs at an affordable level (although I cannot imagine what 4 years of handmade restoration by Cartier’s craftsmen  must cost!) Cartier did not use diamonds again. 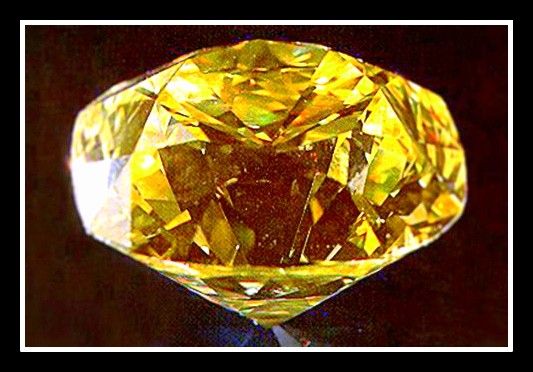 The missing The Beers diamond appeared a little earlier on the market again. In 1982 it was brought onto the market and sold for 3,16 million dollar. ( estimated at 4,5 million) The buyer remained anonymous. Should Cartier have chosen to restore the Patalia necklace in it’s completely original state it would have been today, the most expensive piece of jewellery in this world. So expensive that even experts cannot put a price on it! The Patalia necklace is on show now! In Paris is a big show of all the important pieces of jewelry by Cartier. 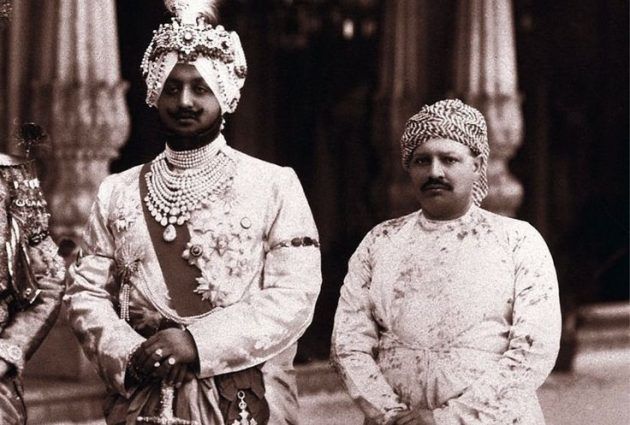 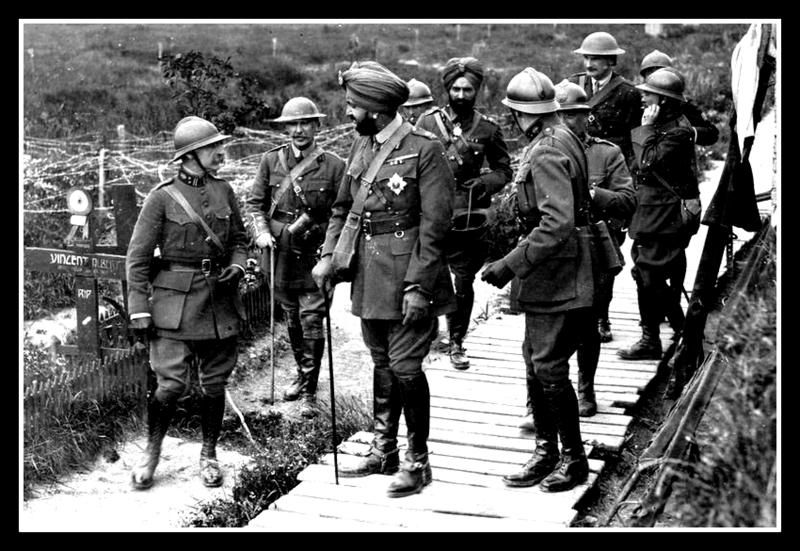 The maharaja inspecting the troops, this is apparantly during World War I in Belgium 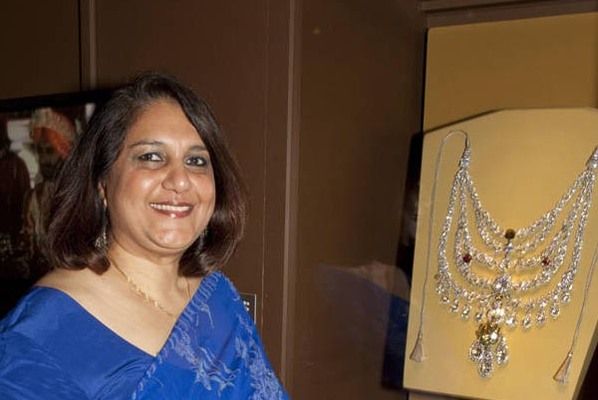