I have always had a love for the bold and plain jewelry too. Whether made in silver, gold plated brass or silver, or plain beautiful gold. It is strong, outspoken sometimes soft, sometimes over the top. But classic and never out of date. I have taken this style to tell you a very brief history about jewelry :-) Come and discover it! 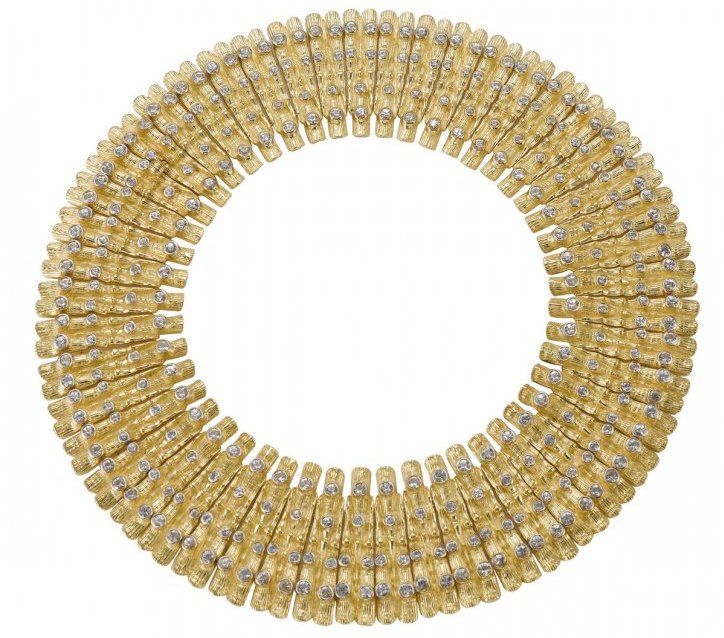 Jewelry has been a universal form of adornment and embellishment since prehistoric times. In those times it was shells, bones and stones that were used. Probably for protection or to indicate someones status or rank. But maybe even then just as an embellishment. 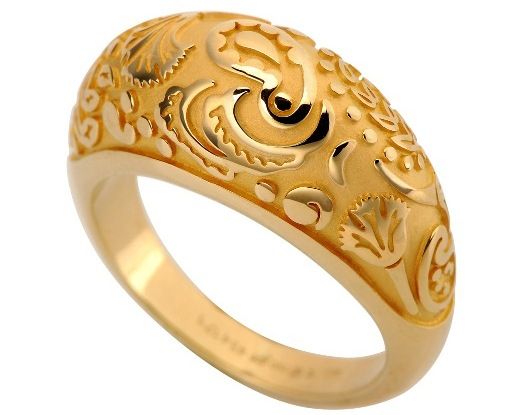 Over time, and we are making a giant leap now, the knowledge about metalworking got more and more refined. It became so sophisticated that now it was possible to use metals and gold to make jewelry. Gold was and is a highly valued metal and sure enough it was only for those who could afford it. 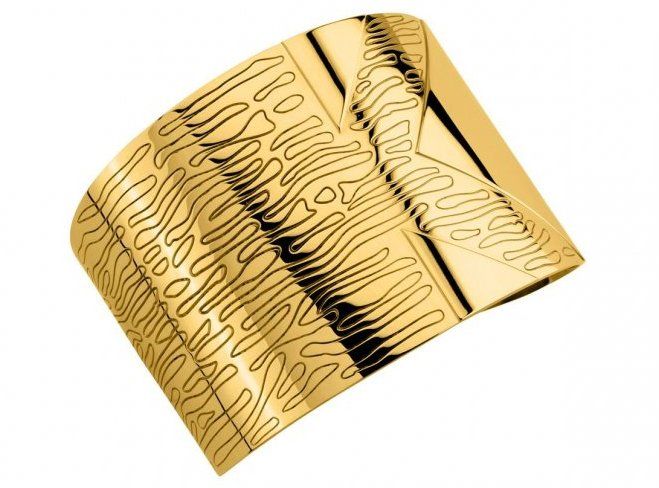 The only ones who could afford it were obviously the noble people, aristocracy and royalty. Jewelry from the medioeval period in Europe reflects a highly hierachical and status concious society. Gold and silver were merely for the noble and royalty, whilst the rest would wear jewelry made of other materials. 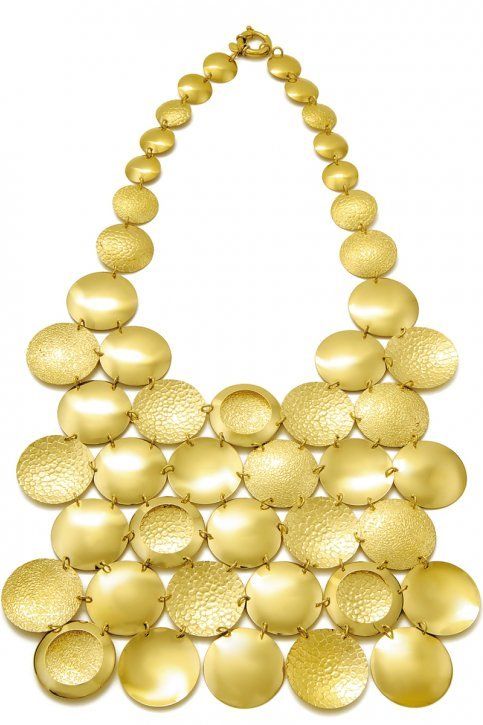 During this period we saw more splendour and more glitz and glamour. More coloured stones and engravings became highly popular. Religion florished and was extremely important in daily life and this reflected also in jewelry. There was also a new found interest in the Classic world and mythology 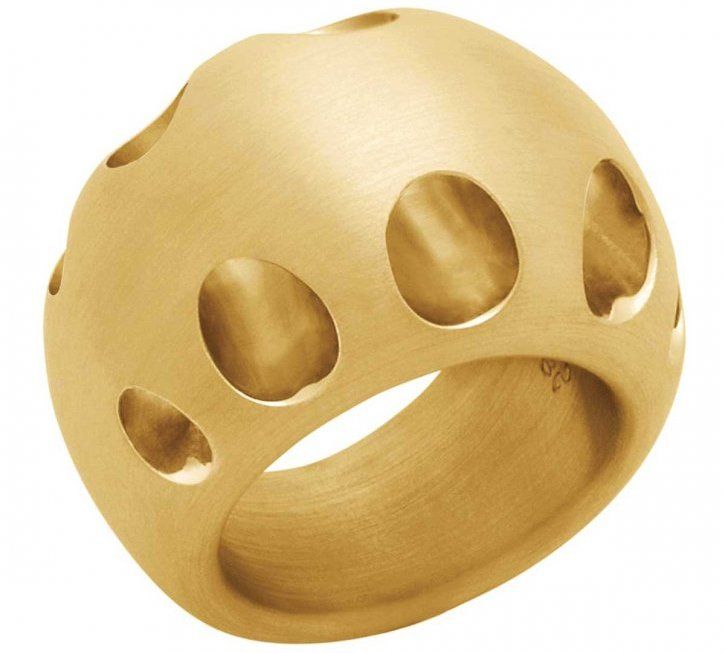 As fabrics got a lot less dark and much more soft and light, jewelry made a huge change too. From heavy and bold it could now be also light and the gold and silver was often just used to capture a pearl or a gemstone. It all became more graceful and somewhat more elegant to our modern eyes. Expanding global trade made gemstones more available and we see lots of flowers and bows. 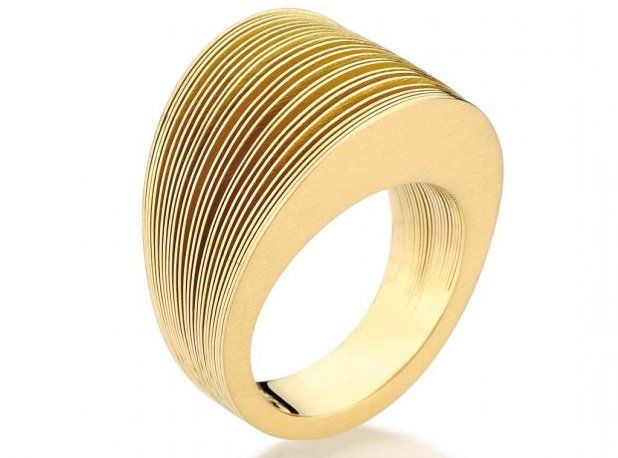 Antonio Bernardo, from Brasil with love

Diamonds were now cut into brilliant cut. Not as we know it today but still with much more sparkle to them than ever before and so they grew rapidly in popularity. Often diamonds were set in silver just to make their effect stronger (today we use white gold more than yellow to embellish the effect of diamonds) 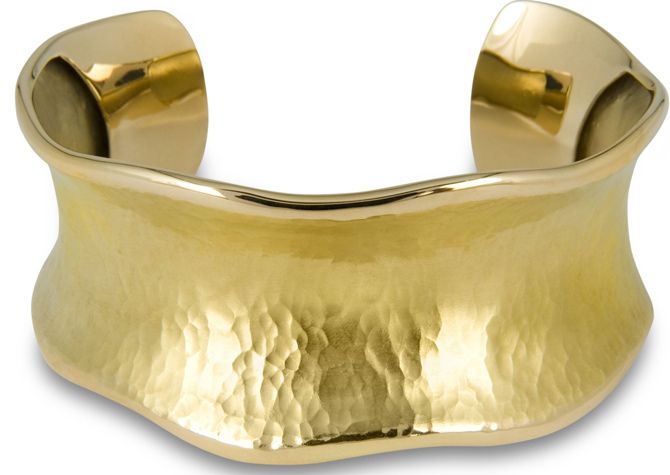 We sold this bracelet in our store in Valenza Po many years ago. I can assure you that it is both beautiful and very heavy!

The world changed immensly, industrial developments completely changed everyday life. But jewelry made a leap into the past instead. The old Classic era was highly fashionable, this was inspired by the many archeological findings of that period. Flowers and nature were also a big inspiration. Flowers were used to express love and friendship. ( as they are still today) For the first time in history, jewelry became almost exclusively something for women. 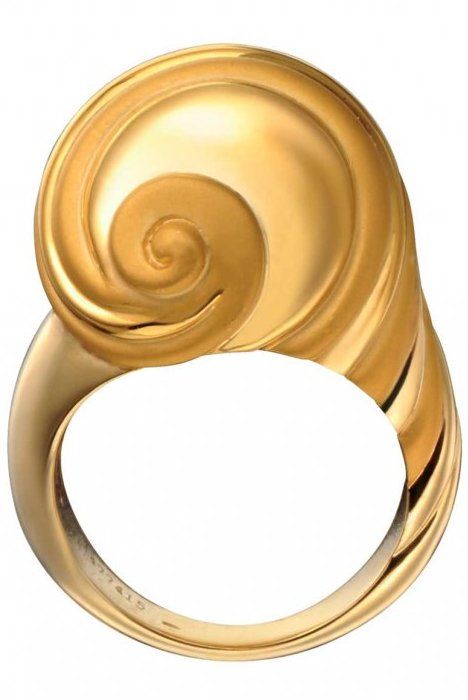 At the end of the 19th century we see another trend coming up, called the arts and crafts. This was formed by people who against the trends of that time, refused the machinery and mass productions and were much more into creating unqiue, one of a kind pieces. It was believed that this improved not only the end result of the jewelry but also the soul of the artisan. 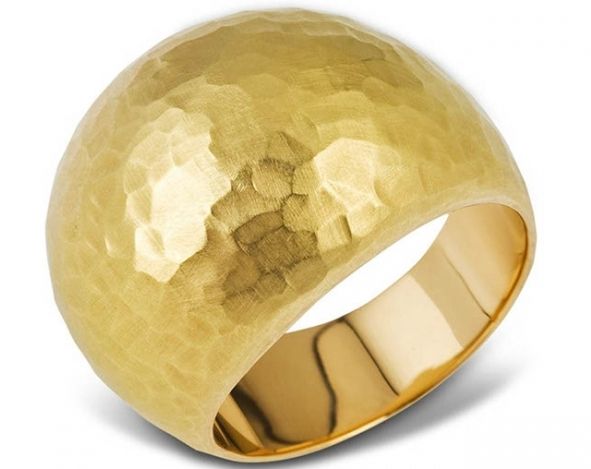 In the last century we have seen two big trends called Art Nouveau and Art Deco, the trends afterwards are included in what we call modern jewelry, or contemporary jewelry. And today we have companies and artisans focussing on the past with engravings and ancient techniques, ultra modern artists that use anything from gold to plastic and everything in between. We can for sure say that we live in the richest and most exciting era ever when it comes to jewelry. 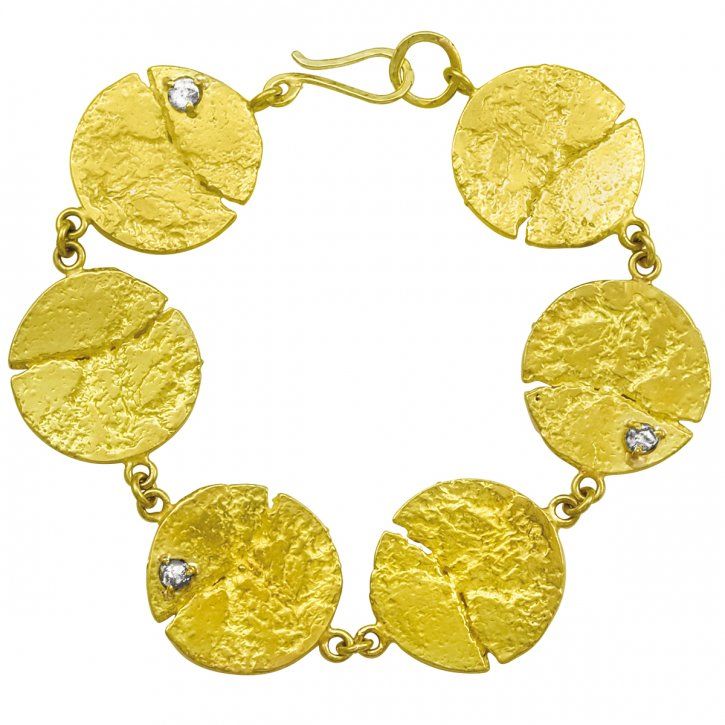 Tracy Matthews added a plain and ancient feel to this bracelet

And one of the styles that I love is the bold, sort of plain and honest type of jewelry. Nothing too frivolous. What you see is what you get, kind of idea:-) Of course, we can find that style either in gold, but also in silver or in custom jewelry. Whatever your budget or whatever your taste, there is something appealing for everyone really. 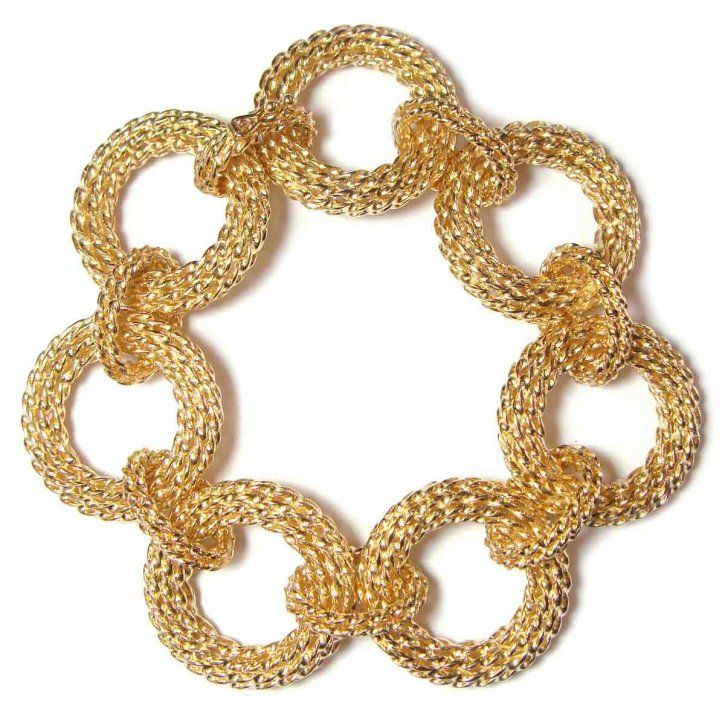 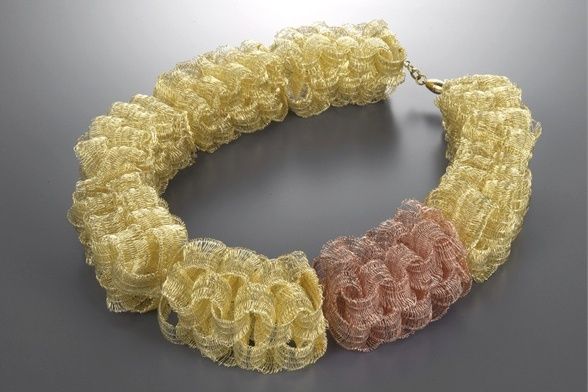 Kazumi Magano is a Japanese artist. Some of her work can be found at the Victoria and Albert Museum in London 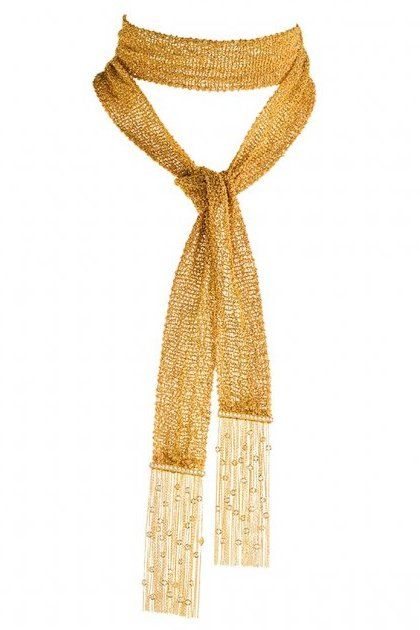 a chique scarf in gold and diamonds, by Boucheron 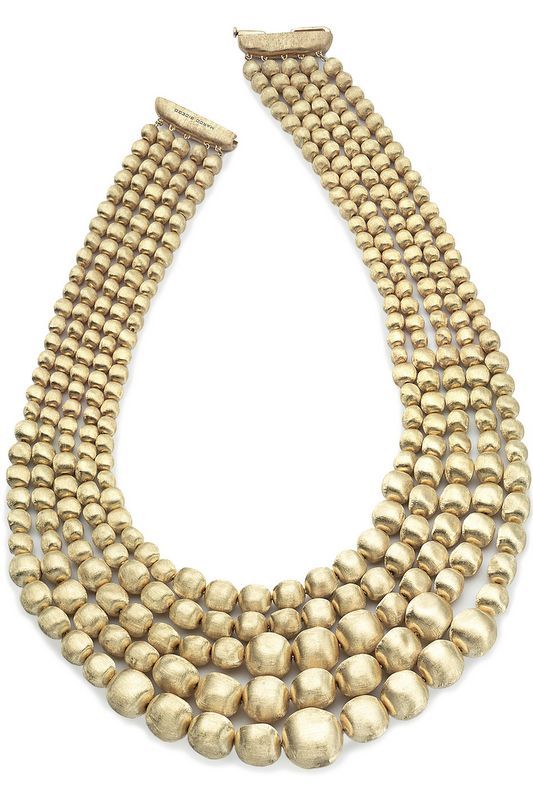 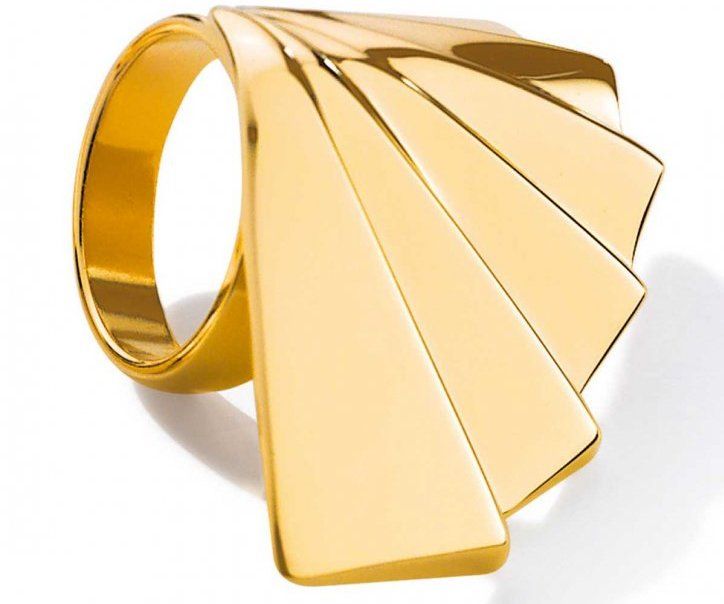 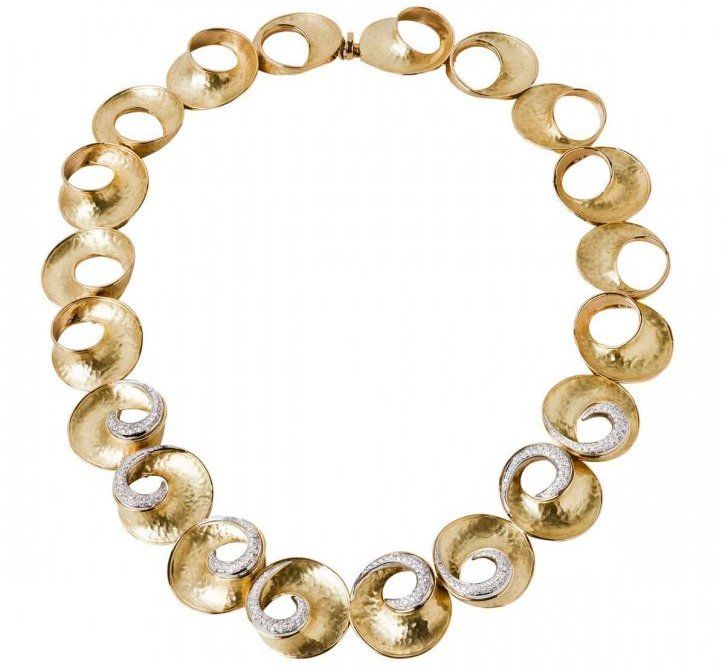 In Italy I practically lived next to this company: Vendorafa. 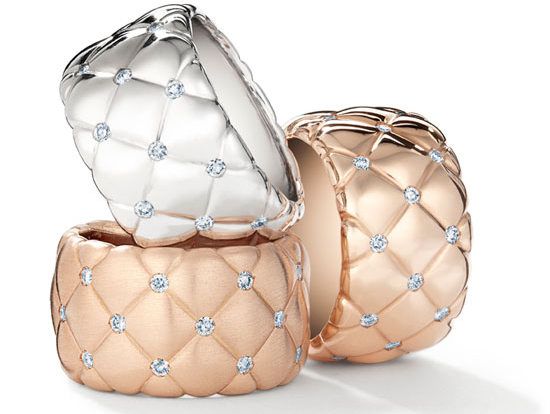 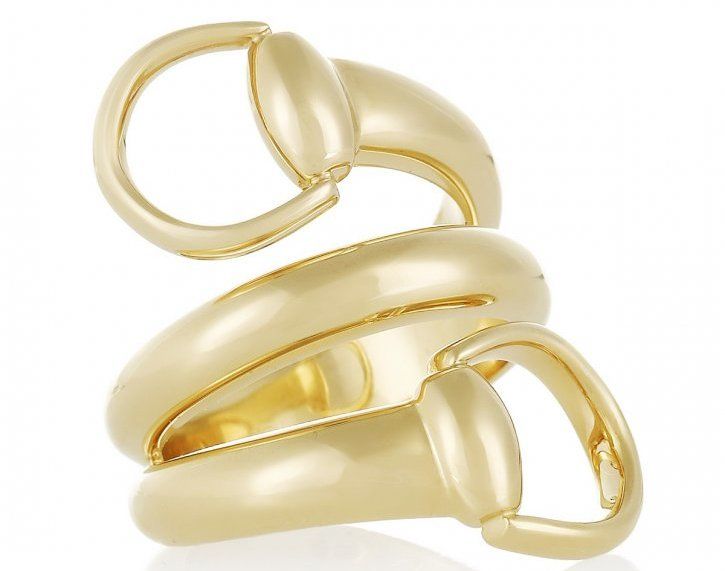 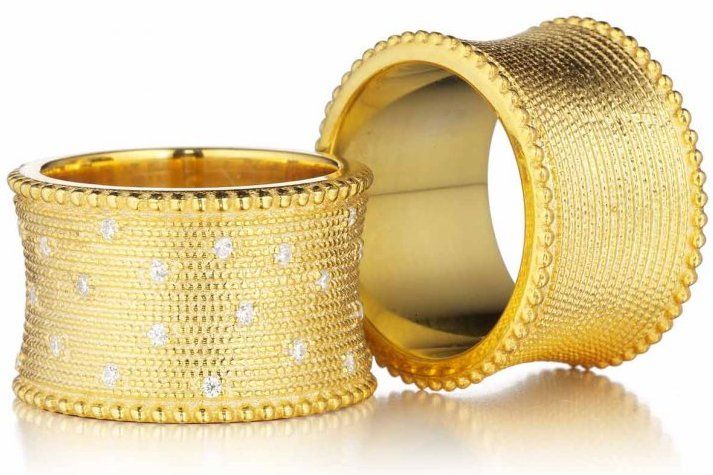 Vaulted Glimmer in gold and gold with diamonds 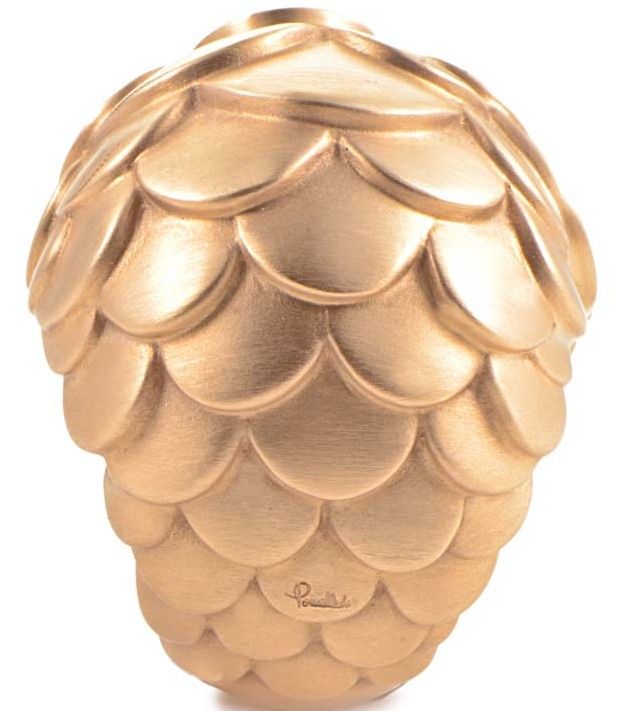 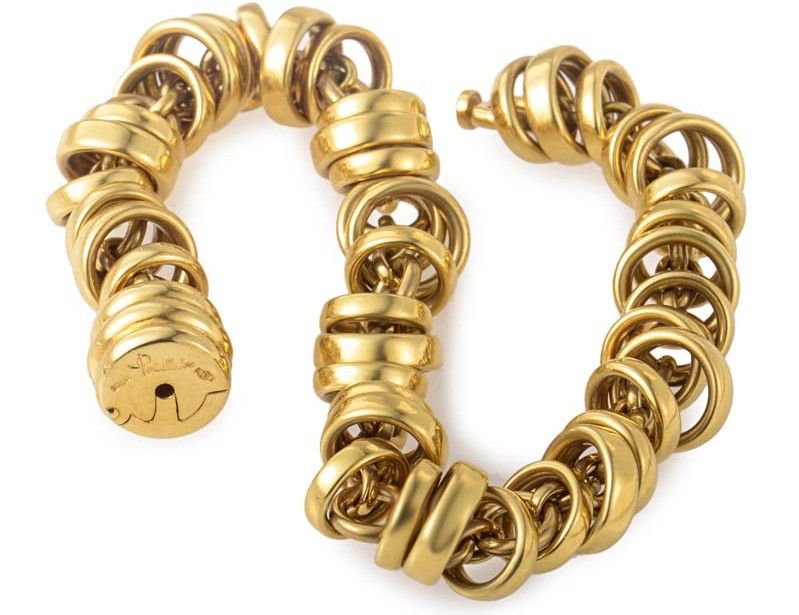 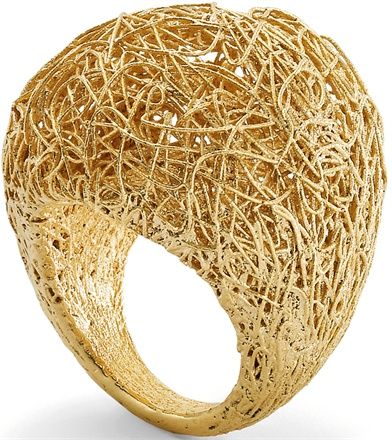 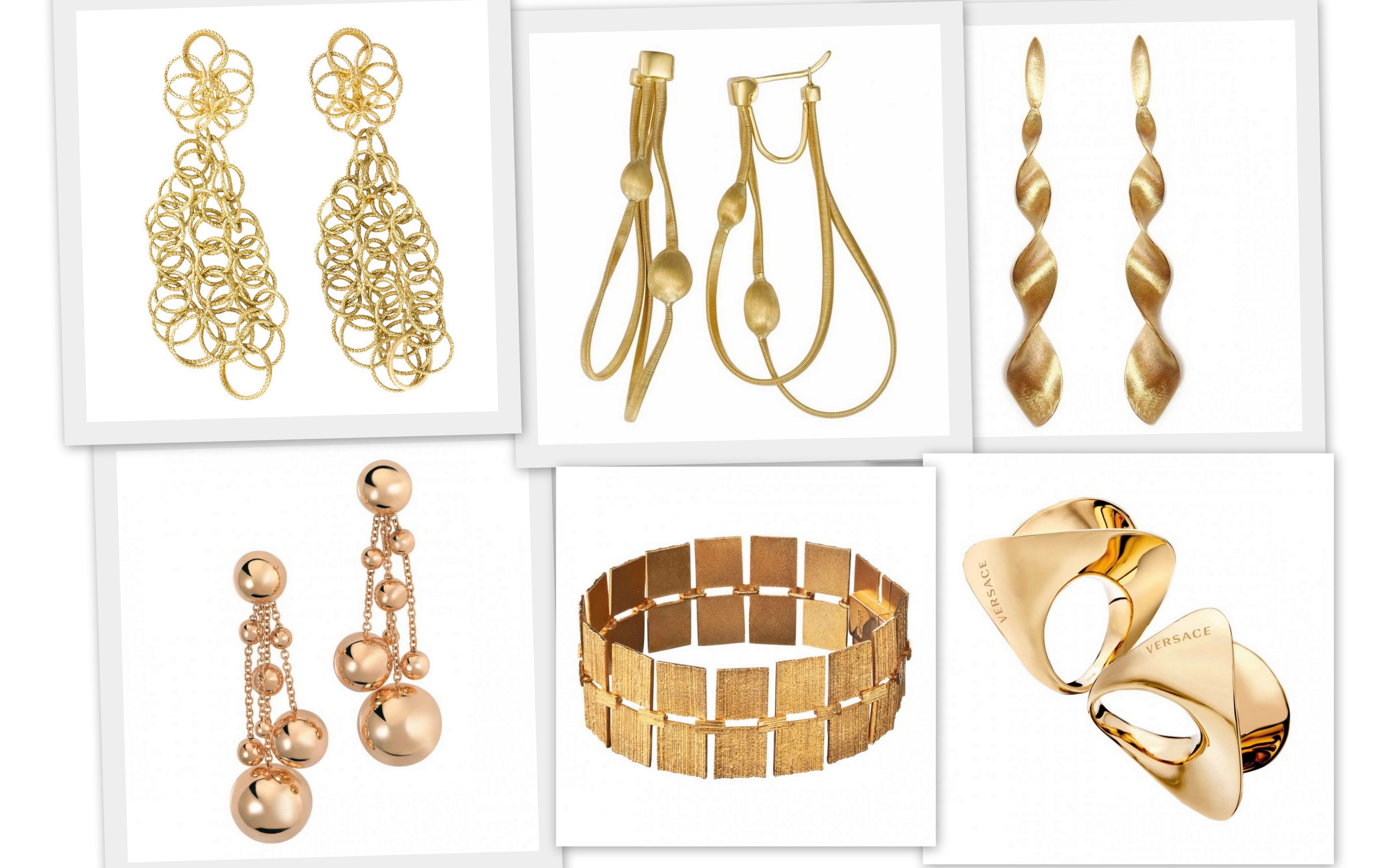