Blue; colour of the sky and of the deep seas.  And a favorite color amongst royalty and just the ordinary people like you and me. In the U.S. and in Europe blue gets most commonly associated with harmony, faithfulness and confidence. 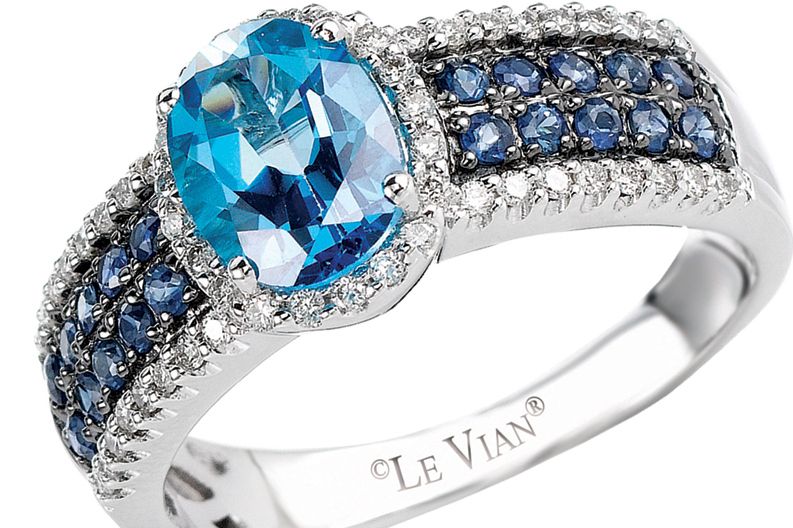 A gorgeous ring by the American brand LeVian

And it wont’ surprise you perhaps that in these countries it’s been elected by more than one opinion poll as the most popular color. Other than the association with the sky and the sea, it is also connected to ice, cold and sometimes sadness. Blue is a bit of a latecomer in the artistic world. In the earliest days it wasn’t used and as I understood from research: neither was it used in language or literature.  Why we see the sky and sea as blue has everything to do with wavelengths of the colors. Blue has one of the shortest wavelengths and this is why we perceive the sky and sea, which have no color really, as blue (Rayleigh Scattering).

In jewelry blue appeared thousands of years ago. Lapis Lazuli, a semi-precious stone that is mined mostly in Afghanistan, was used in art and jewelry. It is still a well beloved stone today. Blue blood is another name for royalty. This year in the Netherlands we welcomed a new king and his wife Maxima became the new queen. Her bubbly and charming personality has captured the hearts of the Dutch people. She wore this astonishing dress by Jan Taminiau; so blue! An absolute showstopper and everyone talked about the dress for days. See how she combined this dress with magnificent pieces of important jewelry. 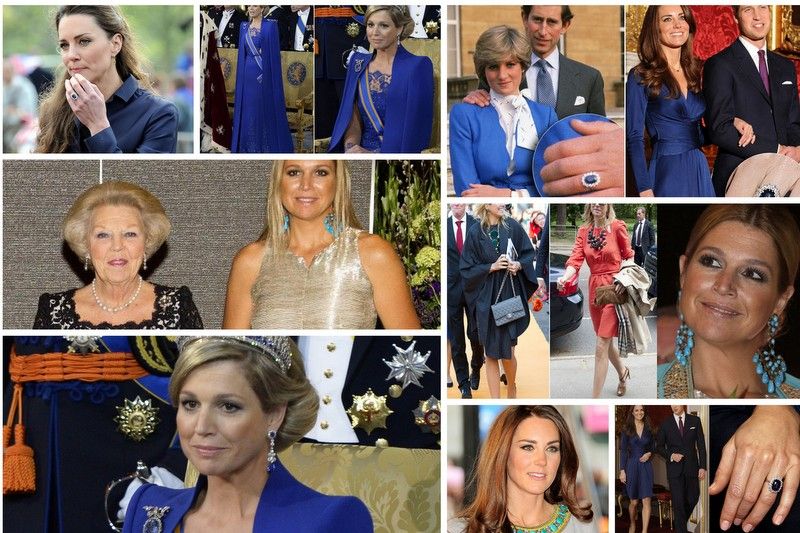 Queen Maxima of the Netherlands and Kate Middleton wearing blue. A favorite color with the Royals as it is always a respectable color and synonym to style and upper class

Blue became also hot in the U.K! As Kate Middleton got engaged with her William, the whole world admired her engagement ring and retailers were jumping in right away selling look-a-likes by the thousands. This traditional looking ring with an enormous sapphire has recaptured the hearts of a younger public. I thought it was charming that a younger public now wanted to wear something so very classical as the ring of Kate Middleton. True classics never go out of style! Blue just always is a suitable choice with its solid nature and the terrific range of shades.

More wonderful examples of blue jewelry, you see how many beautiful shades there are. You cannot go wrong with BLUE ! 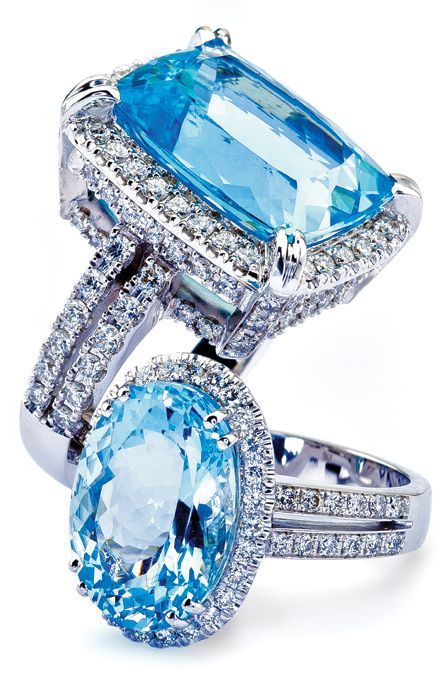 Topaz and diamonds are an all time favorite combination. It's fresh and makes you dream about the sea and the summer. These beautiful rings are by Bertani & Co 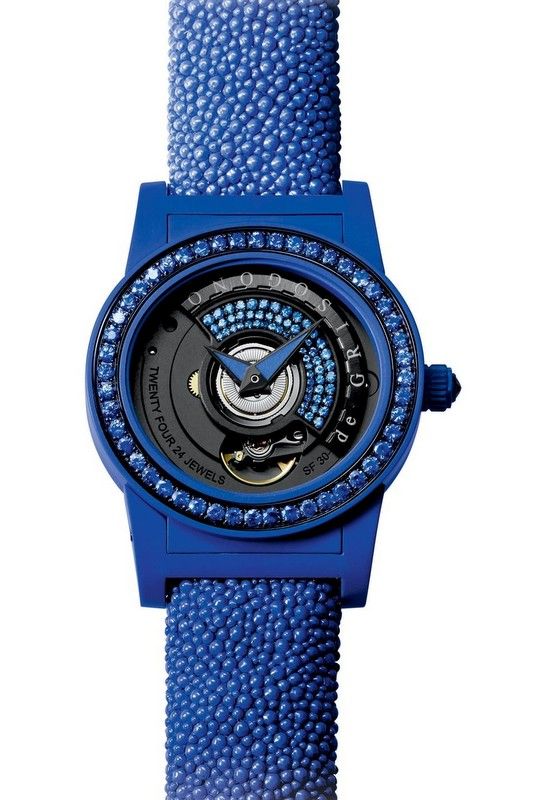 This charming colorful watch is by the ever surprising De Grisogono brand. A deep royal blue, love it! 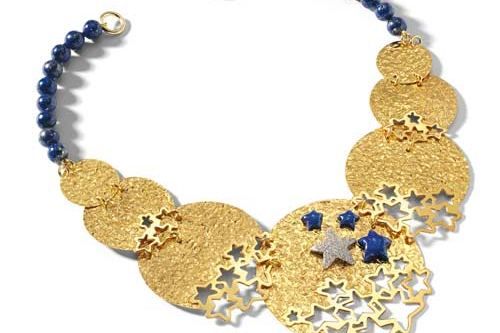 Referring to the blue sky with stars and shiny gold ( this is actually silver thats been gold plated). Stunning necklace by Misis 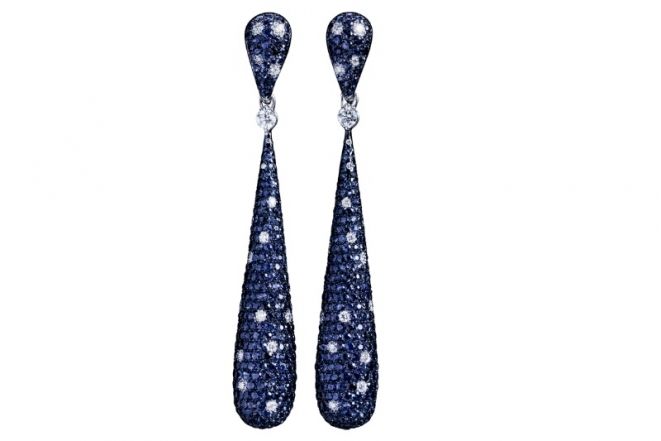 From Valenza, the place where I lived for many years, with love. Crivelli created these stunning dropping earrings and they too look like they resemble stars in the sky. Elegant! 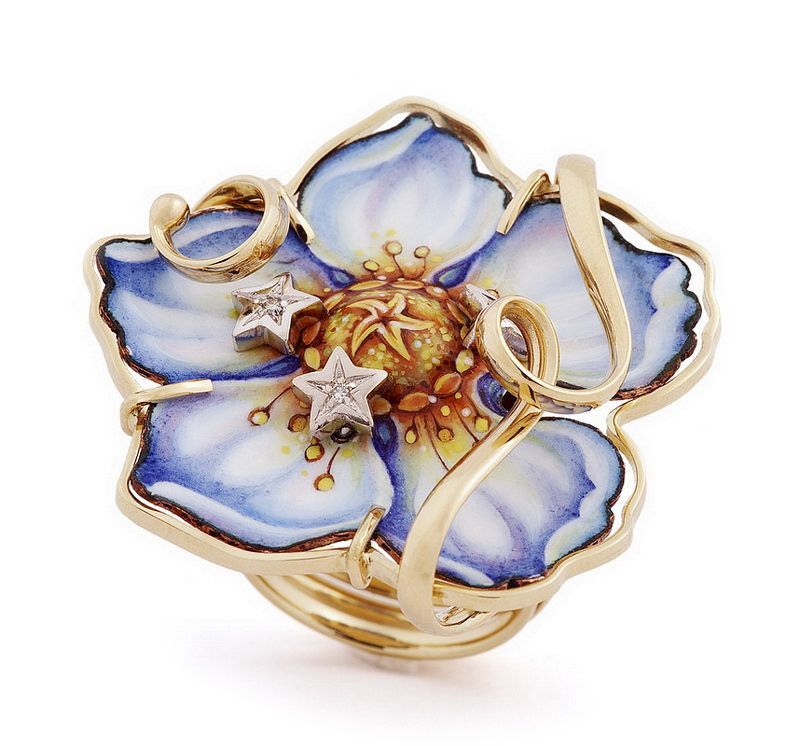 Gabriella Rivalta is situated very close to Valenza in a beautiful villa. True to their very unique style, they produce these miniature enemaled pieces and fairytale like jewelry 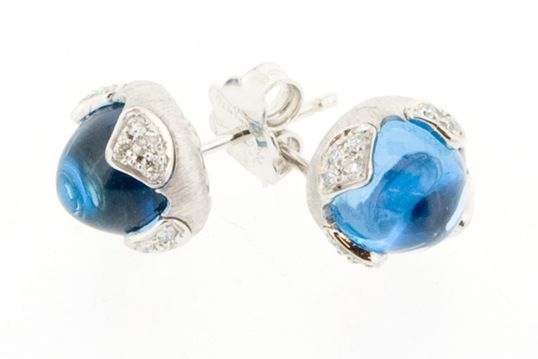 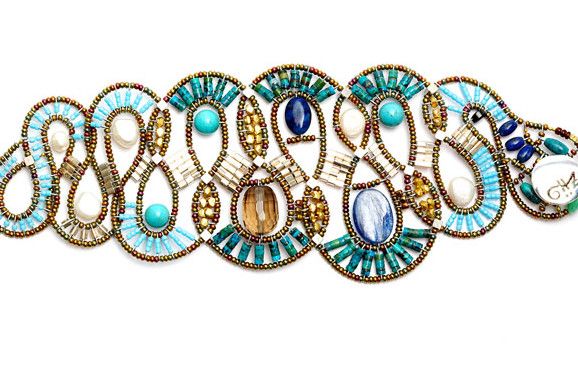 This custom jewelry bracelet is by Ziio 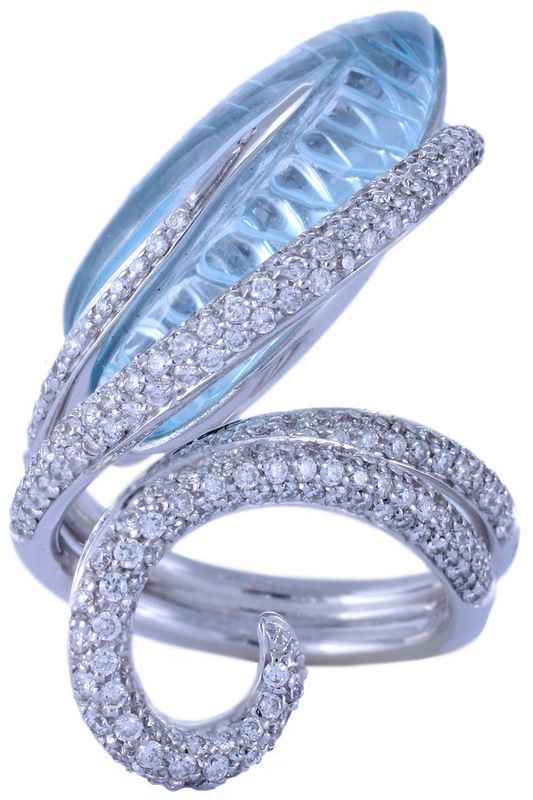 A stylish snake, this amazing ring is by Giovanni Ferraris. Known for its surprising high end luxury designs. I love how it is just referring to a snake without being obvious. 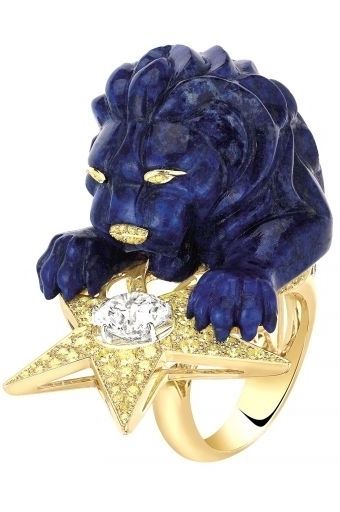 An important piece of jewelry by Chanel. With Lapis Lazuli and diamonds. Not for everyone's wallet, that's for sure, but admiring this stunning piece is for free 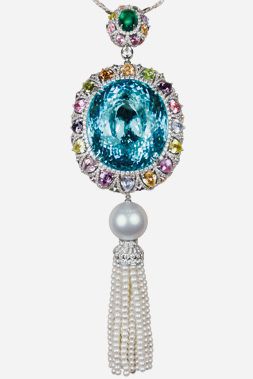 Blue takes the leading role, next to some other soft colors and pearls. This piece is by the Taiwanese company Glamour Fine Jewelry. Soft, sweet and glamorous 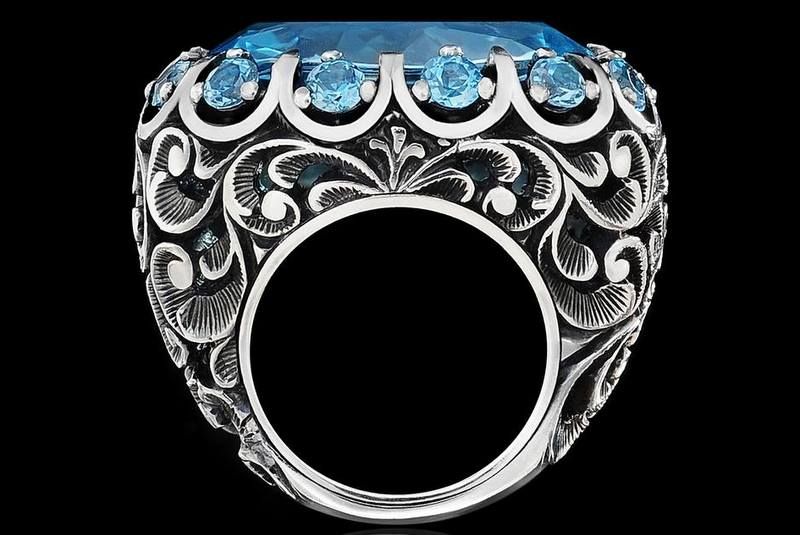 Marie Luisa Pianegonda is Franco Pianegonda's sister. For many years she accompanied her brother all over the world while expanding the Pianegonda brand. She has very charming and kind personality and is involved with charity projects in Kabul. This autumn she launched her very own brand: Maria Luisa Jewels. I fell immidiately in love with it and foresee a great future for her jewelry. 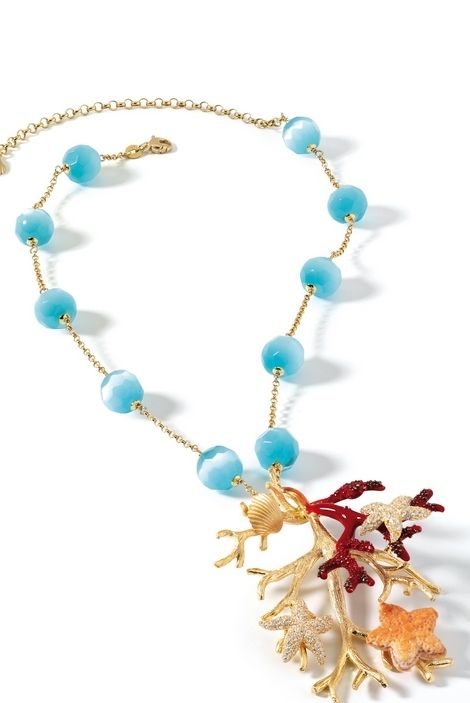 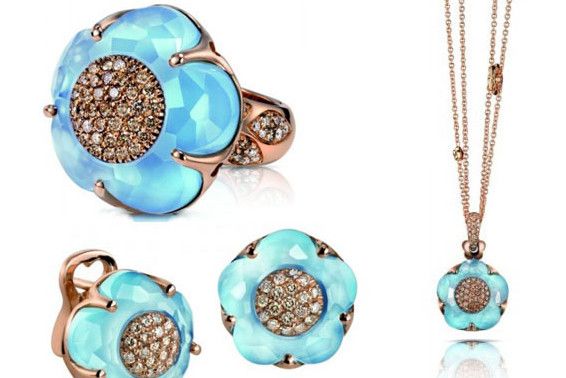 Pasquale Bruni made this cute Topaz line. I would never consider wearing a complete set, but you can wear the ring and the earring for example. To create harmony with enough space between them on your body. The double necklace looks cute and very sophisticated. Pasquale Bruni has always been one of my favorite companies. When I lived in Valenza they used to have a showroom on the * Corso* The main shopping street. In those times you would find jewelry stores with lots of jewelry in their windows, but Pasquale had already a taste for dramatic presentation. Lots of velvet, curtains and just one of two pieces. He was a great example for the whole industry in Valenza 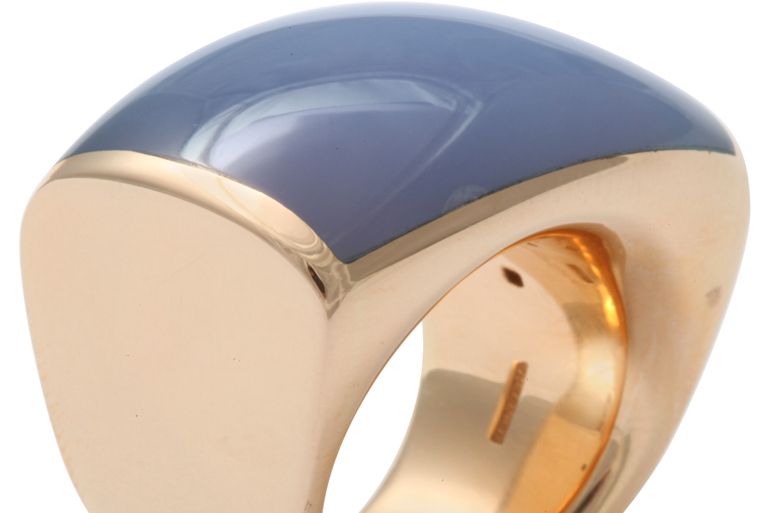