We have searched for some of the famous people’s quotes on jewelry. Read what they feel about jewelry! Anything from being a complete addict to not wanting to bother about the glittering accessories at all. From Liza Minnelli to Dylan Lauren. From Monica Bellucci to Eartha Kitt (who had a hilarious opinion about our favorite topic) 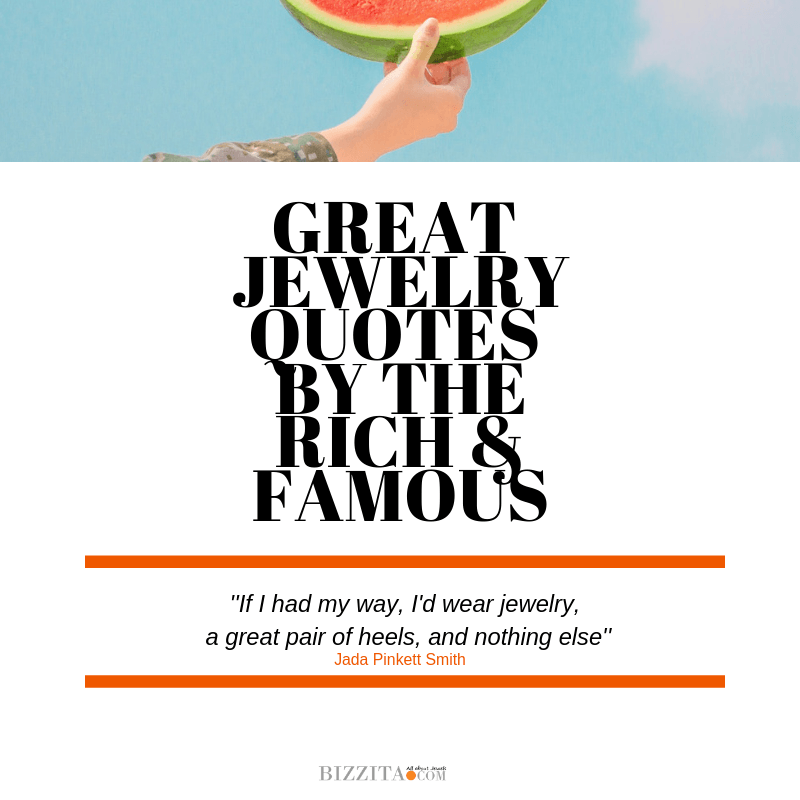 Quotes are easily quoted out of context. We usually get to see them without the whole story around them and this makes it incredibly *dangerous* to just use them in any way, but they are also these deliciously bite size, easy to read, chunks of text that immediately causes some sort of reaction. Quotes do that.

Quotes on jewelry as an insight

And sometimes you get a little idea about the character or core beliefs of a person. What Donatella Versace said, made me investigate a little more about her quotes and I found her to be far more down to earth and open than I would have guessed.

Status symbol, do they matter?

My own idea is that there are many ways to look at jewelry. I personally don’t obsess about status, I am simply not interested myself in that part of the human desire to show off in some way. Having said that, one must always admit that we all love to be acknowledged or seen as special somehow. Even if we brush off any suspicion about our little ego trip and our longing for the admiration of peers and others, we all...yes, me too...have that little streak inside us of wanting to be seen. Seen in a very positive way. Status symbols such as material goods and jewelry can be appealing for that reason too for a lot of people.

But it’s not what makes me tick personally. My own quote on jewelry has always been this:

‘’A piece of jewelry is often a piece of art. But it only becomes valuable when emotions are added to it’’

The Quotes on Jewelry by famous people:

''Jewelry is something that has to do with emotion. That aspect of jewelry really interests me''

Ann Demeulemeester. The Flemish fashion designer is known for her collections based on the poetic balance of shadows and light.

''My favorite thing in wardrobe is my jewelry'' 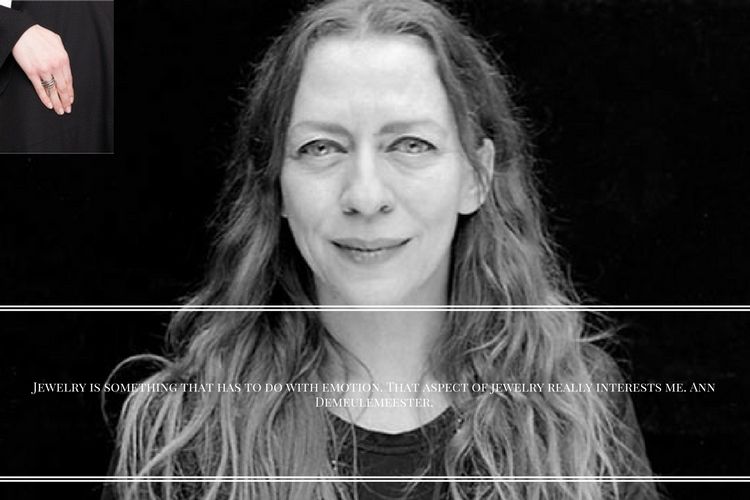 Sonja Henie. A Norwegian figure skater, and actress, who started her career in the Olympics at just 11 years old.

''I like for jewelry to tell a story and to be able to talk about what I'm wearing. That's more important to me than a name, brand, or label''

Nikki Reed. A multi-talented actress and screenwriter, singer and model, who starred in The Twilight Saga. 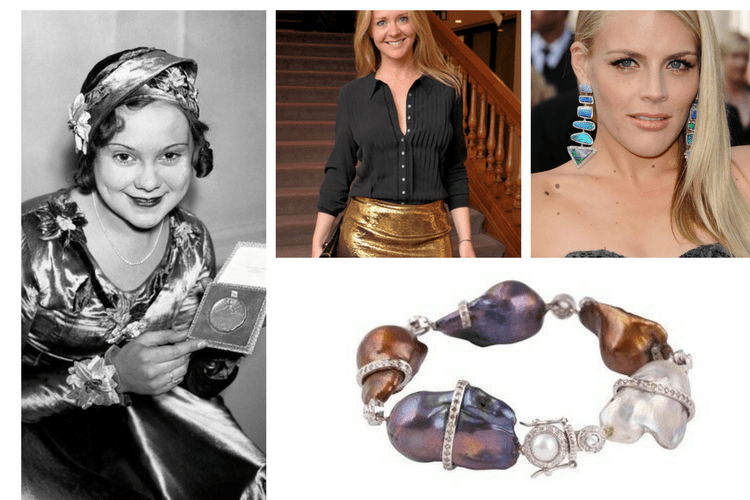 ''Jewelry and pins have been worn throughout history as symbols of power, sending messages. Interestingly enough, it was mostly men who wore the jewelry in various times, and obviously, crowns were part of signals that were being sent throughout history by people of ran''

''I started my career counting diamonds and schlepping gold jewelry around the world. The jewelry business is a very, very tough business - tougher than the computer business. You truly have to understand how to take care of your customers.  I learned a valuable lesson: how to sell!''

Guy Kawasaki. The inventor of the word evangelist in marketing, marketing specialist and one of Apple’s first marketers in 1984. Also worked in his early days for Nova Stylings, a jewelry company. 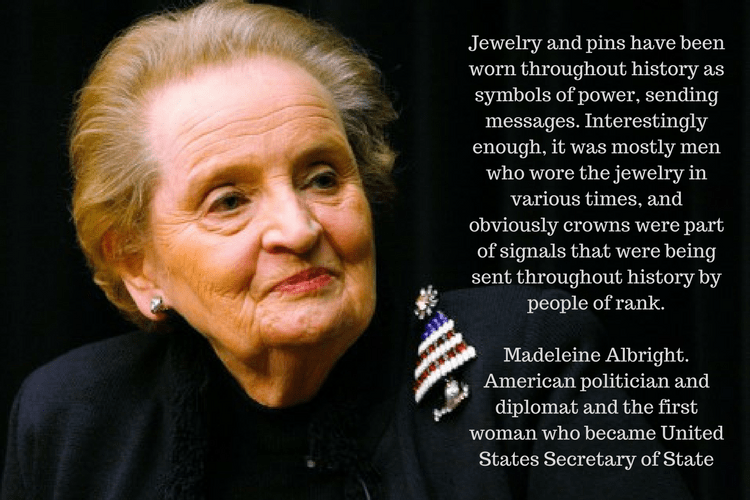 ''When I was little, I went to the Sahara desert and met an older woman with beautiful earrings that came all the way down to her stomach. She told me, 'For us Tuareg, jewelry is not meant for decoration. It absorbs negative energy that comes your way.' So think twice when you buy a vintage ring!''

''My mother, when I told her I was going into the jewelry business said, 'Kenneth, don't tell anyone''

Kenneth Jay Lane. n American custom jewelry designer who passed away earlier this year. He worked for Vogue and Christian Dior and discovered his art whilst designer bejeweled shoes for Dior. Jacqueline Kennedy was one of his early days' clients. 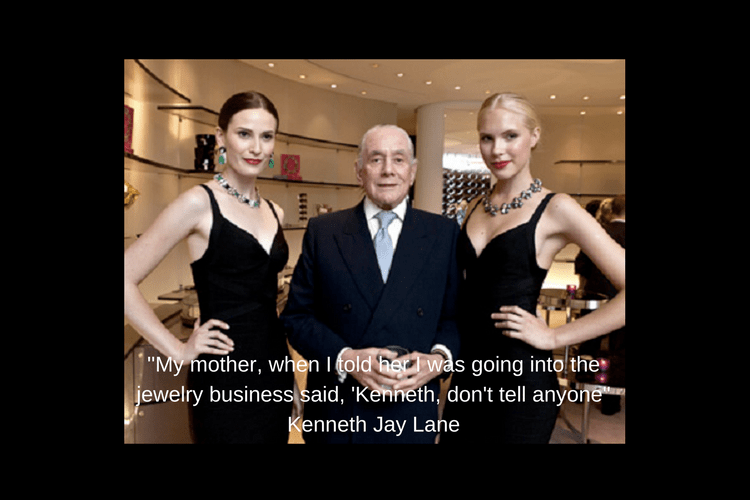 Jamie Blackley. The young actor from the Isle of Man

''No one except Hollywood stars and very rich Texans wore Indian jewelry. And there was a plethora of dozens if not hundreds of athletic teams that in essence were insulting us, from grade schools to college. That's all changed'' 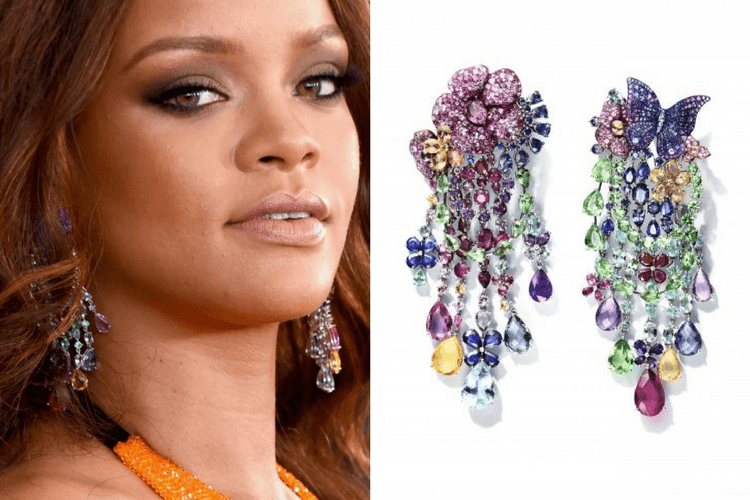 ''Some say the economy means that you have to persuade people to invest in clothes,  to buy fewer things but more expensive things. I disagree! Invest in jewelry, or a house, maybe, but not in fashion''

Donatella Versace. The iconic fashion designer who stepped in her brother’s footsteps after he was tragically killed.

''I don’t wear perfume and I rarely wear jewelry!''

''Jewelry, to me, is a pain in the derriere, because you have to be watching it all the time''

Eartha Kitt. According to Orson Welles; the most exciting woman in the world, but known mostly for her hits. She was also a comedian (as she proved with this hilarious quote)

''My jewelry's all fake - from Claire's. Or I get it from my mom's boutique in Barbados''

Rihanna. Singer and actress from Barbados. Working closely, however, with the famous jewelry brand Chopard these days. 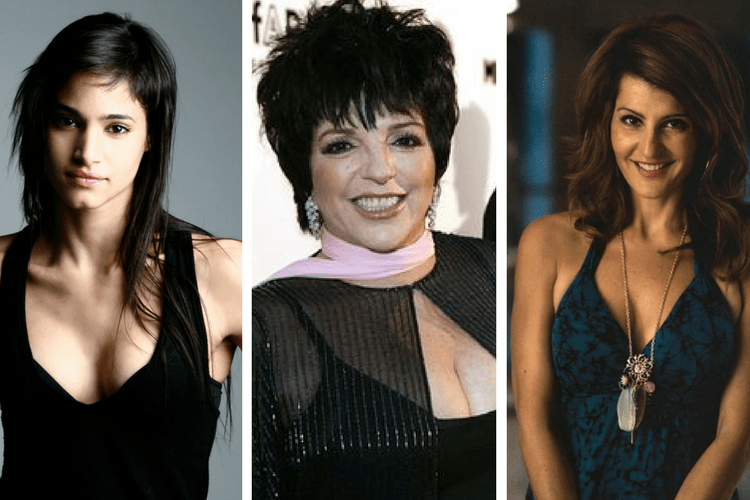 ''The modern designers are quite showy, and a lot of young people really like it. Costume jewelry has always been about being noticed and not discreet''

''You don't want your jewelry to make you look fat. A lot of what's out there now does: you just wind up looking like a Christmas tree'' 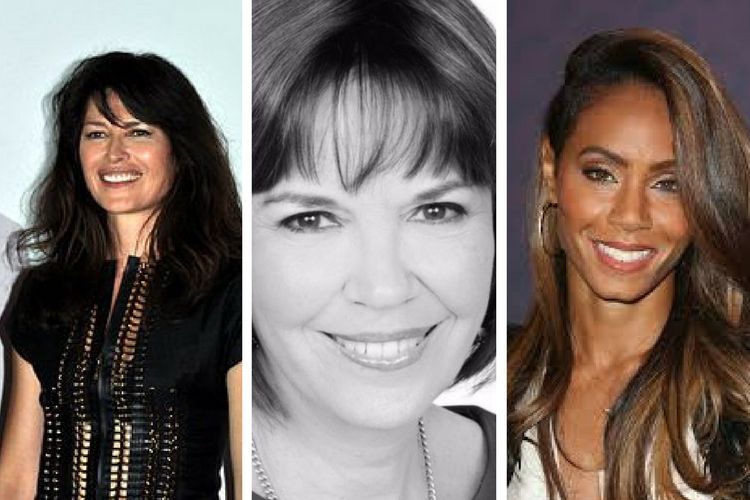 ''I'm a jewelry girl. I became friends with designer Irene Neuwirth a few years ago. At that point, I just used to wear my wedding rings. Very low key. Now, if I could, I'd be draped from head to toe in her jewelry all the time. Everything she makes is beautiful'' 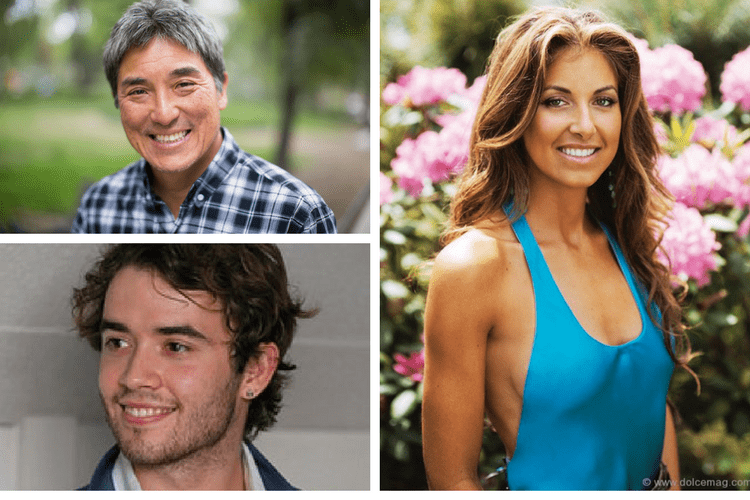 ''I think swag is very important to rappers. It's the overall appearance and style of an artist - these blue shorts and this blue hat and this $80,000 chain, this jewelry and all these tattoos, that's swag''

''If I had my way, I'd wear jewelry, a great pair of heels and nothing else''

''I'm not so much a shoe or bag person as jewelry, and I think it's because jewelry is like candy''

''Every time I sign a contract, I donate something to charity and buy a piece of jewelry. Whether the movie gets made or not, it's a celebration''

Nia Vardalos. The actress is known for her Greek roots, hilarious in My Big Fat Greek Wedding. 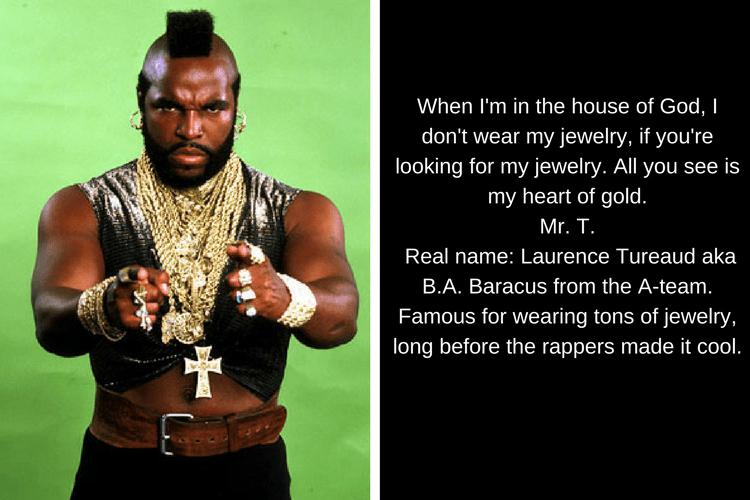 ''I always wear the same thing at home. I can't be bothered with jewelry. My pants have elastic waists. I like to be comfortable. There are so many more important things to worry about''

Barbra Streisand. One of the best female voices ever, singer, songwriter, actress and more.

''Every day of my adult life, I have worn at least one piece of jewelry from my maternal grandmother's collection, all of which were manufactured by famed Danish silversmith Georg Jensen. To the naked eye, I am either a Jensen loyalist or a grandmother loyalist. Really I am just a Pretty Things loyalist''

''I've decided that I am totally against jewelry. So I have all fake. There's no reason to have real diamonds. People think it's real anyway''

''When I'm in the house of God, I don't wear my jewelry, if you're looking for my jewelry. All you see is my heart of gold''

Mr. T. Real name is Laurence Tureaud and aka B.A. Baracus from the A-team. Famous for wearing tons of jewelry, long before the rappers made that cool.

''I've never worn costume jewelry in my life. It's really very self-defeating. Why should a man buy a woman real jewelry when she wears false pieces?''

Gloria Guinness. Was a socialite and fashion icon and contributing editor at Harper’s Bazaar.

Jewelry is about memories, emotions, messages and so much more

Whatever you wear, a piece of jewelry, fake or real, expensive or not so much, can really finish your look and the way you feel about yourself when going into the world. A piece of jewelry is often also that tangible preciousness that reminds us of who and what matters to us. Memories, messages. Just touching and twisting that bracelet that your friend gave you when you were so down, can be comforting. One can look at the ring, once worn by their grandmother, so full of significance. The piece might not be valuable or even be very pretty. Yet, their value for you is priceless.

Which one did make you laugh? Which one did you love and I am sooooo curious: what is your quote about jewelry? Share it with us!