Wow! La La Land, the most successful movie in the history of the Golden Globes, is certainly on my wishlist for this week!  The movie won 7 awards, including the one for Best Film.

The Golden Globes ceremony is seen as the opening of fashion season and for many the occasion to watch what jewelry the stars are wearing. Hectic times for pr agencies and stylists as magazines and blogs seem to be sometimes almost more interested in what the stars wear instead of the cultural relevance of movies. But oh my, who wears important jewelry better than those gracious actors and actresses? Longing to see who wore what?

I don’t know about you, but I guess every country has their own local styling hero’s that are consulted by local media for their opinion on dresses, who wore what and who wore it best and silly stuff like that. I may not always like that part of the business, but I am still a jewelry blogger and I understand completely how events like this, can put jewelry into the limelight.

And whenever jewelry gets a great deal of attention, I am happy. 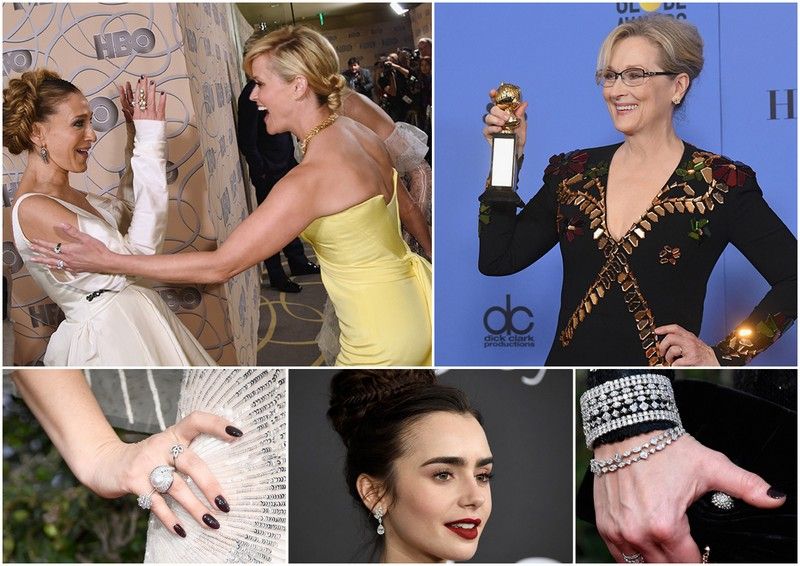 The biggest and brightest stars and the jewelry brands they wear

The jewelry on events like the Golden Globe, is always stunning, extremely expensive, almost always borrowed and often very classic. The diamonds worn by the various actresses on that red carpet alone can possibly resolve all the financial problems of your local town, but damn….this is the occasion, the moment to shine for the biggest and brightest of jewelry brands. 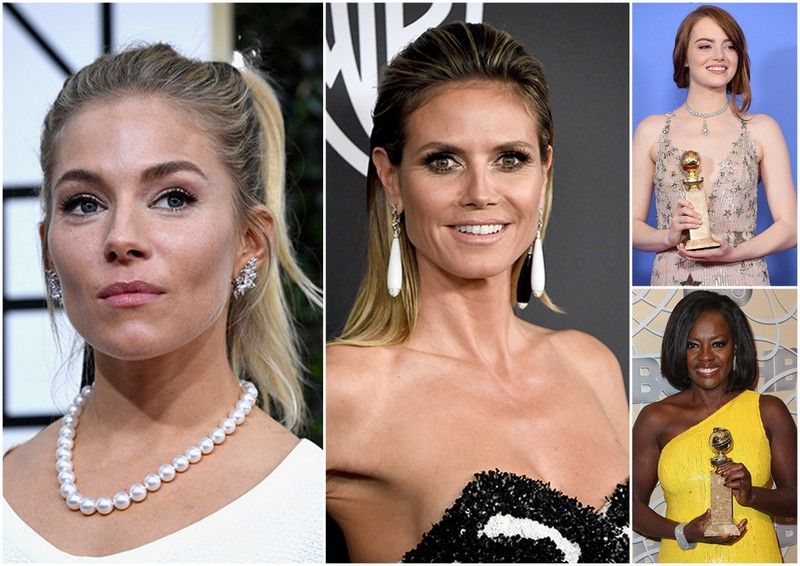 Sienna Miller wearing a stunning pearl necklace by Tiffany & Co, the ever glamorous Heidi Klum showing off a pair of dazzling Lorraine Schwartz earrings, Emma Stone holding her Golden Globe has chosen Tiffany & Co and Viola Davis wore one of the most stunning bracelets; a 74.22ct diamond bracelet by Harry Winston

Breathtaking diamonds by Harry Winston, LeVian, Tiffany & Co and many others!

Enjoy the Harry Winston diamonds, the Lorraine Schwartz extraordinary earrings, the jewelry by LeVian, Pasquale Bruni, Tiffany & Co and many others…And should you love to see who actually won awards, scroll down for the final list of winners! 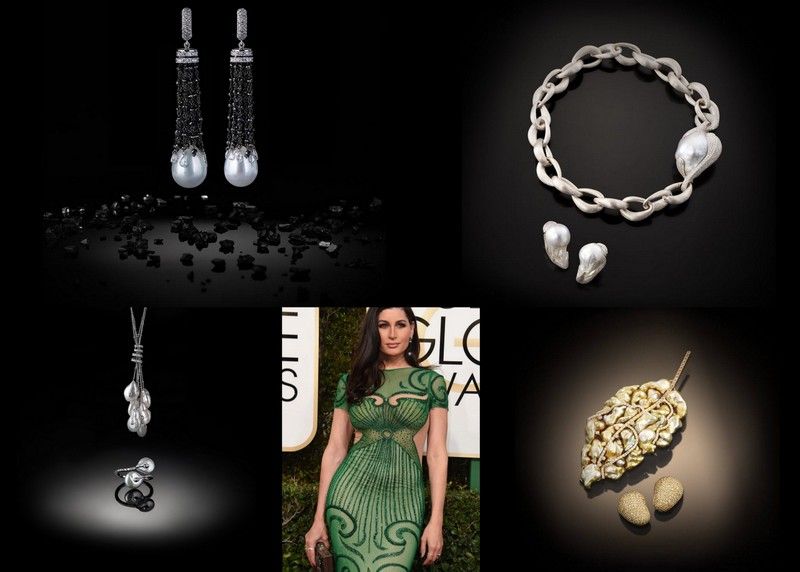 Trace Lysette wore jewelry by LeVian, Hearts on Fire and Yvel. The jewelry shown are all by Yvel. 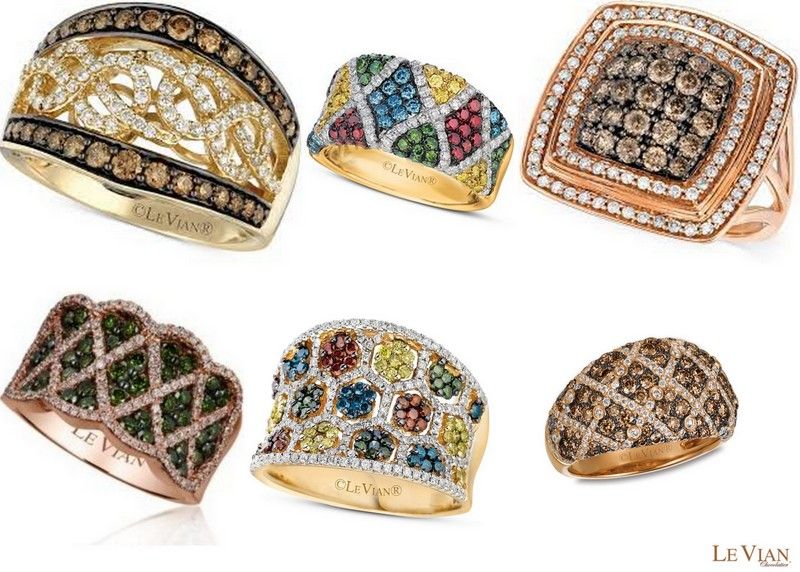 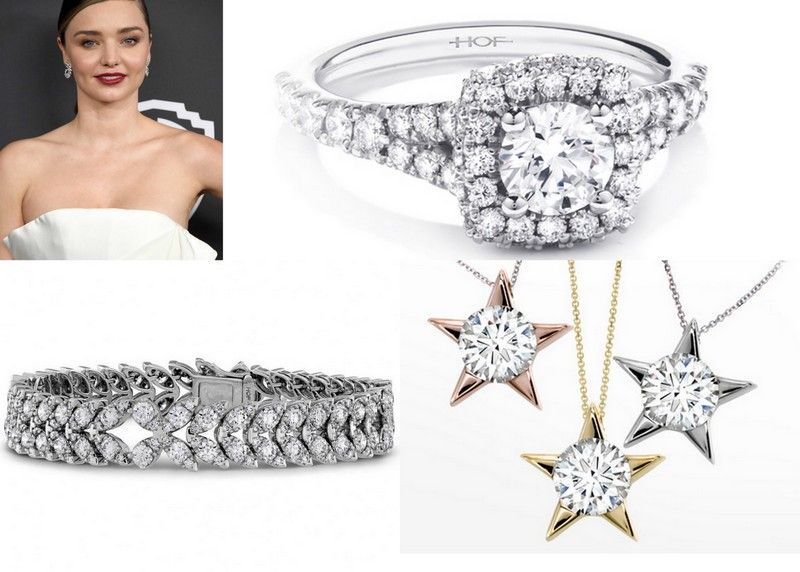 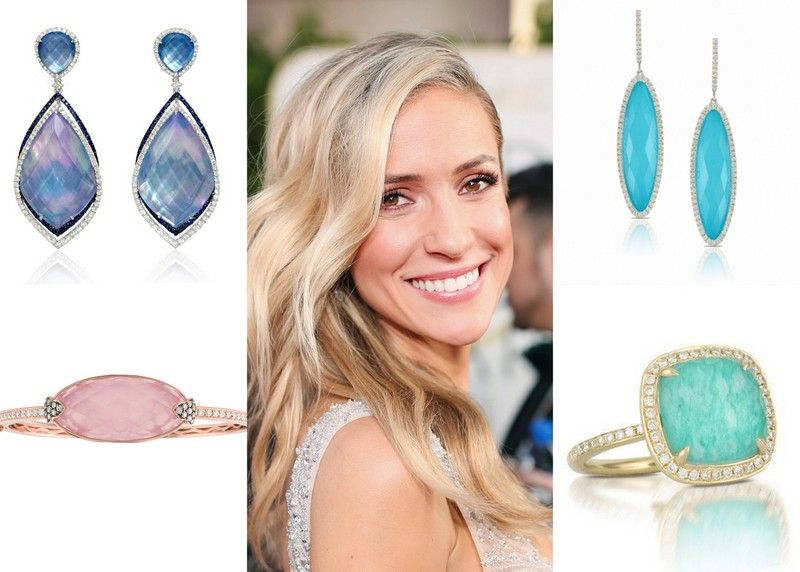 Kristin Cavallari wore the beautiful pastel jewelry from Doves by Doron Paloma. The jewelry around her is by Doves 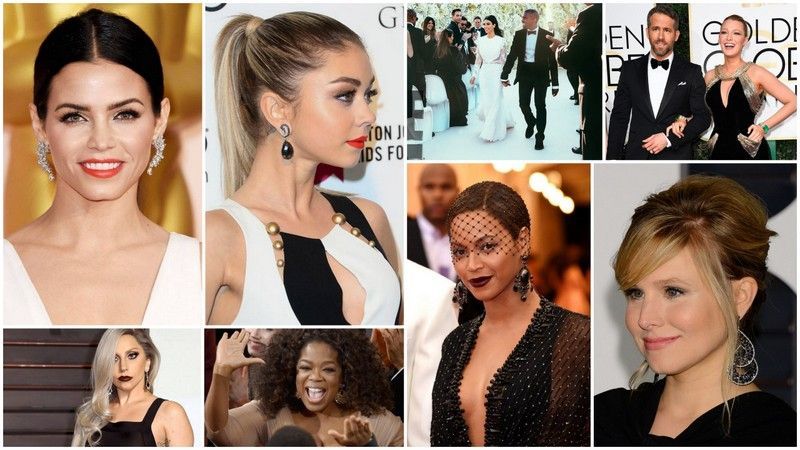 These photo's aren't from the latest Golden Globe party, but Lorraine Schwartz is a jewelry name popping up everywhere on red carpet events and I wanted to show you why. These pieces are Showstoppers! The rings that Kim Kardeshian and her husband exchanged were also by this glam brand.