Polar bear jewelry with a message

If you read my blog regularly it won’t come as a surprise that I love animals dearly. I think they are so fascinating and beautiful. Although I have a rather different feeling towards mosquitos ;-) 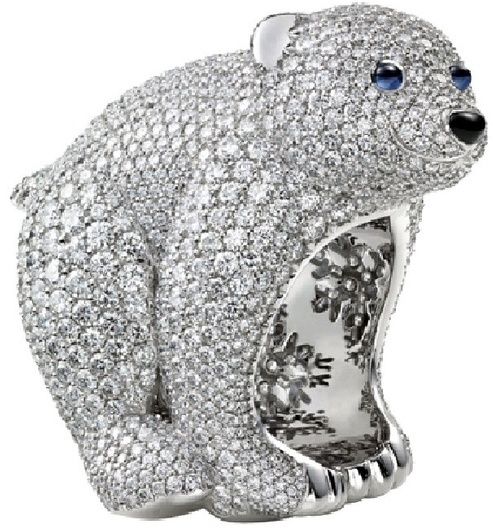 Today, I wanted to do a blog about Polar bears. We have a zoo here in my hometown. And recently we had the pleasure of the birth of three little polar bears.  Unfortunately one has died, but the other two are doing well. 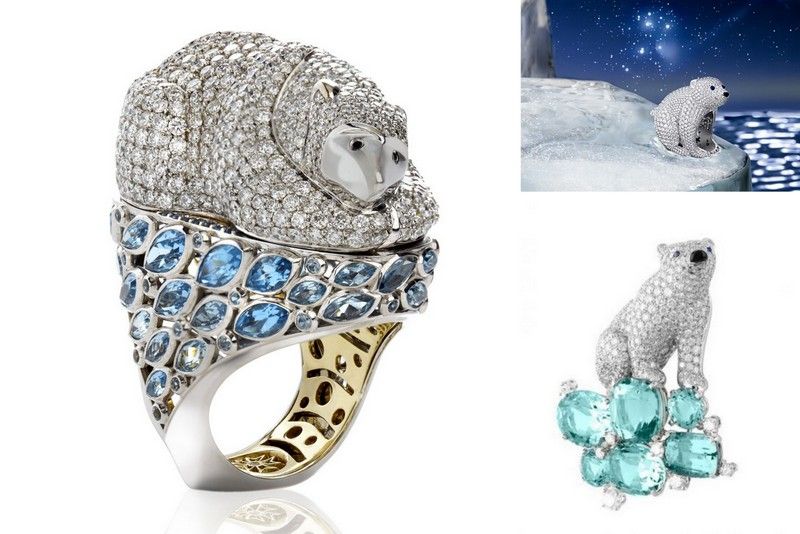 Ring by Sybarite, my favorite polar bear ring is by Boucheron and the last beautiful bear is by Van Cleef & Arpels

This year I did not take my usual family ticket for the whole year, as I find it often a little disturbing too, to watch all these gorgeous animals in cages. The brown bears (former dancing bears ,that were rescued) and wolves have the best space. But the others?  I kind of feel guilty. And although they build a beautiful facility for the polar bears they do keep them separated, which means that they seem to alternate the time they can spend in the pool and the big area of grass. The area where the bears stay when the female ( I guess it’s the male and female that they keep separated)is in the pool area, is small…fake ice with fake icebergs. 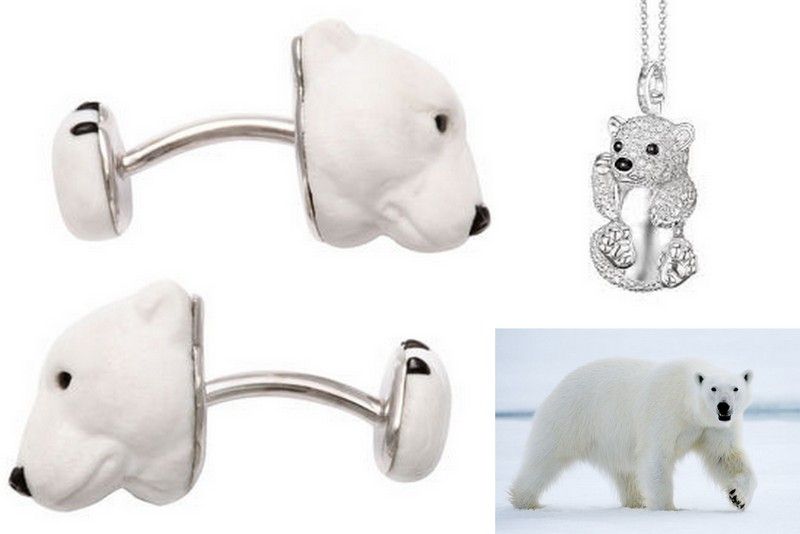 You can see the bear making the same little round over and over again. Pulling his head up in a certain corner and swing his head around. Typical stress behavior….it makes me sad to stand there and show my child this. Whilst around me there is a mix of people that find it just fun that they can see the bear so well, blind to its condition. Others are slightly upset like me….and some find it extremely funny. 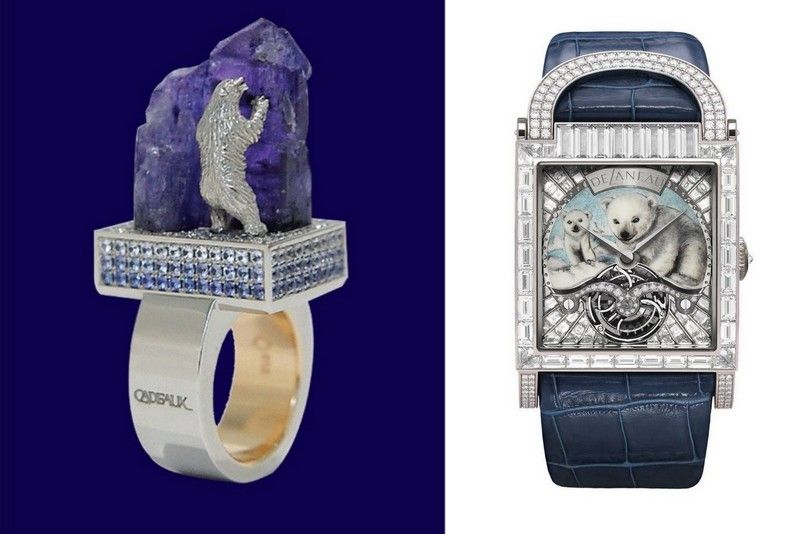 Very interesting and curious design. By the Cadeaux jeweler. The blue stone is raw Tanzanite. Watch by De Laneau

Polar bears have this endearing appearance, especially when they are young. In fact, I have been to the zoo many times, just to sit there in the last hour of the day and witness those cute little bears playing! 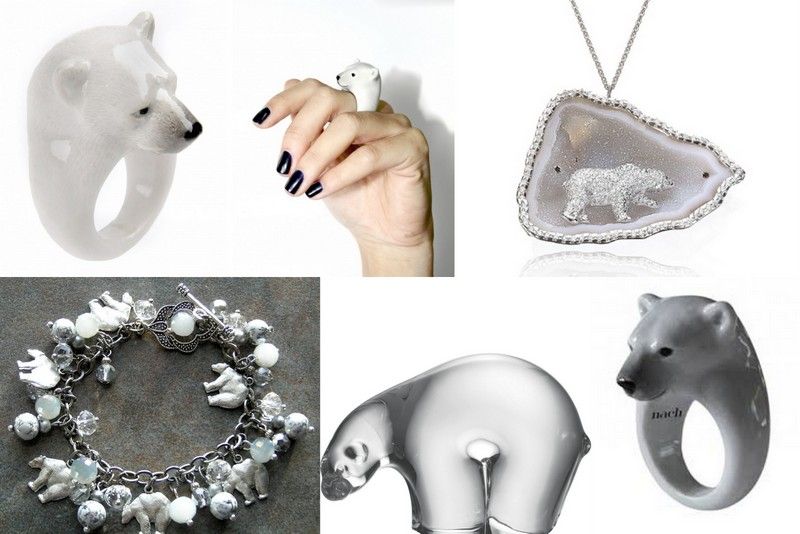 Polar bears as a symbol for our melting ice caps

But they eventually grow to become the largest of bears and the one that eats the most meat. Even that of my favorite wild animal: the beluga whale. Polar bears fascinate us for many reasons. The fact that they can live in such a harsh climate. The way to hunt. Their beautiful appearance. Our own fear of them. And unlike maybe a shark, they have this fluffy fur. They look like you could pet them. Even if that would be the worst idea ;-) When they are young, they are amongst the cutest of baby animals. And they are a symbol. 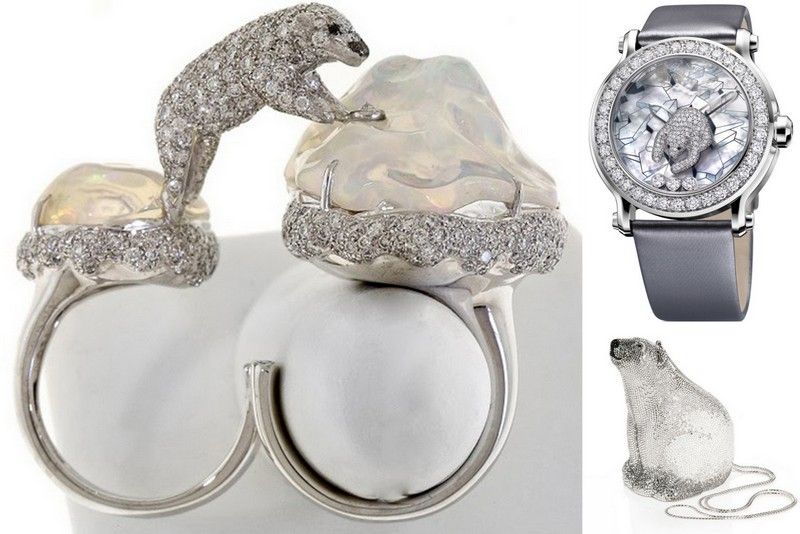 Symbols and fascination are inspiration to artists and jewelers. No wonder that the polar bear has been represented by the most famous brands like Boucheron, Chopard and so many others. 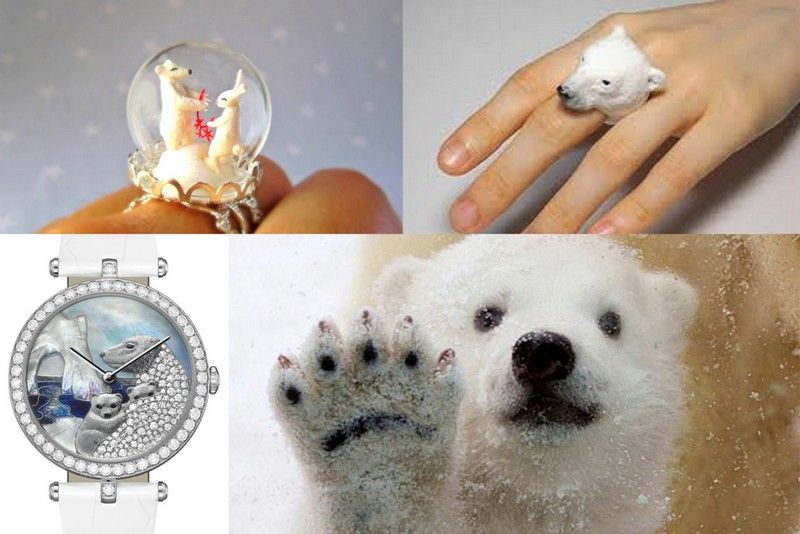 Etsy jewelry by Hokiou, fantastic ring by Jro Miura, a Japanese designer. The watch is by Van Cleef & Arpels and ohhhh hi cutie!

I love to show you today a small selection of what is out there. From designers on Etsy to the most exclusive brands in the world.  Your chance to admire a little white fluffiness today. It is even in theme with the whole Christmas period! 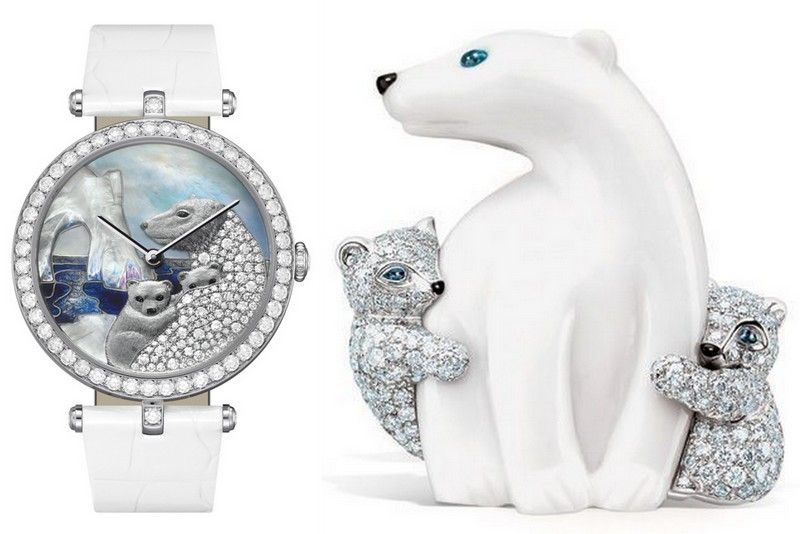 Last but not least: the polar bear has become a symbol for the melting ice caps. Something that worries me and so many others. I included this little video made by Greenpeace with the collaboration of Radiohead and Jude Law. It is good to take a moment and reflect, in times like these were we have the challenge of our climate changes and countries fighting over who owns the North Pole. In my humble opinion, the North Pole should never belong to one country but to all. And we should all be responsible for its future.

More on Greenpeace and the Artic region: http://www.greenpeace.org/international/en/campaigns/climate-change/arctic-impacts/

You can even adopt a Polar bear! The WWF has a fantastic website dedicated to adopting and protecting polar bears: http://www.worldwildlife.org/species/polar-bear 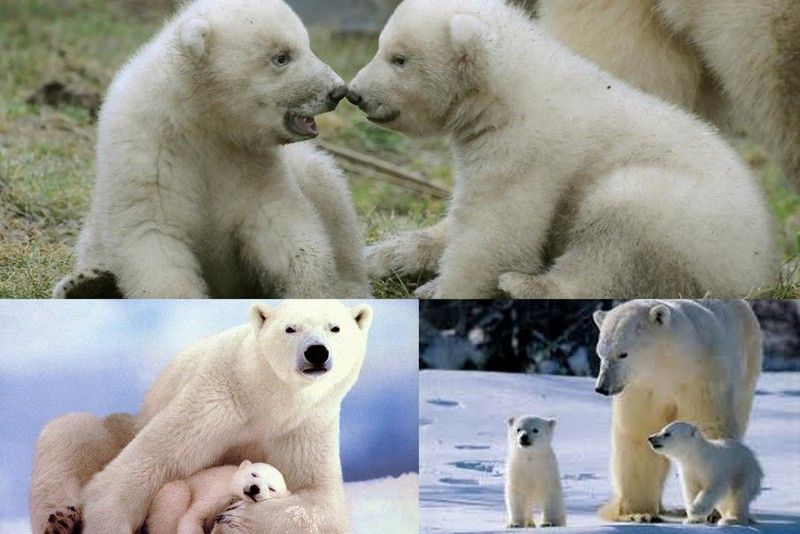