We love Peridot, here are the facts and myths

By Esther Ligthart on Monday, 14 November 2016, in Inspiration

Peridot is increasingly popular! And why not, this enchanting gemstones, charms people with its color and shine! Here is everything you want to know about this gorgeous green gemstone.

Personally, I have a fondness for colored gemstones that aren’t the most obvious ones. Diamonds are gorgeous and of course the famous three: sapphire, ruby and emerald, too. But it’s all those wonderful colors of the other gemstones that I love. This has not always been the case. When I lived in Valenza, Italy, the most valued gemstones were the aforementioned 4. There was, at that time, not a big interest for other gemstones, as I recall it.

Today let’s take a closer look at a beautiful greenish gemstone called Peridot! Here is what I have found out and want to share with you!

All you need to know about Peridot: 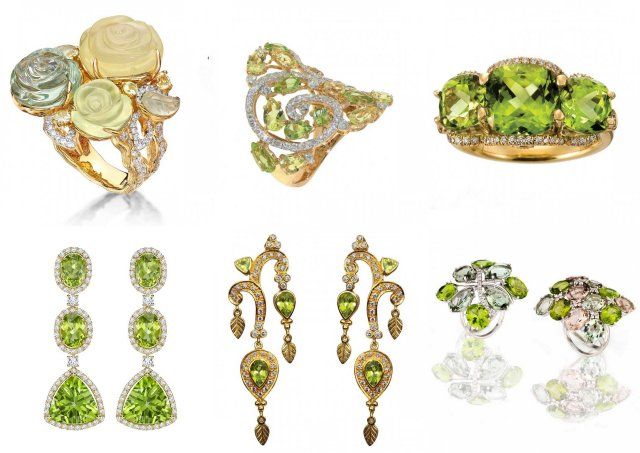 Peridot and where it's found: 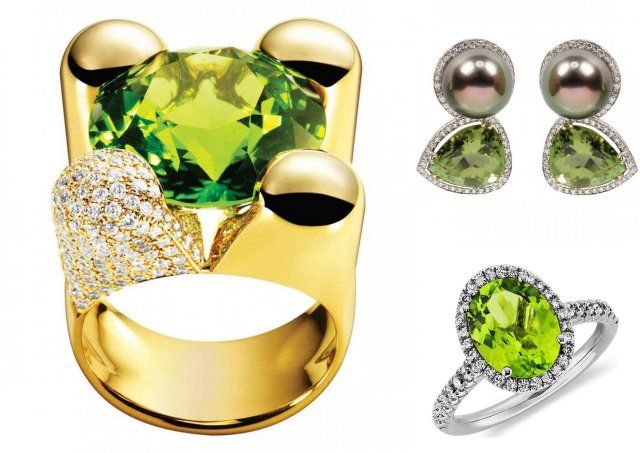 Peridot Jewelry: Ring by Bagues, earrings with pearls and Peridot by Assael and an engagement ring with Peridot by Blue Nile

What you should know about wearing it: 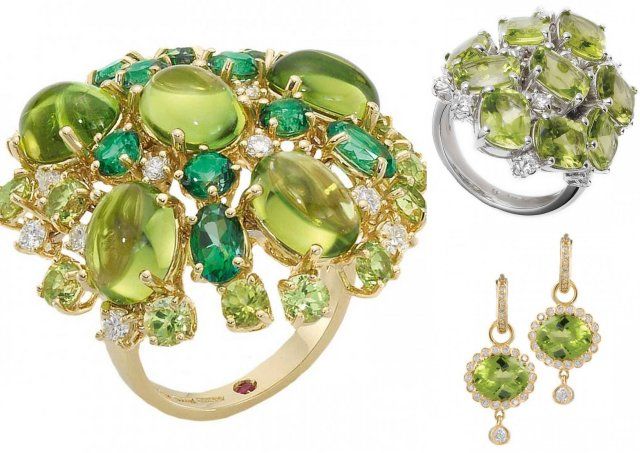 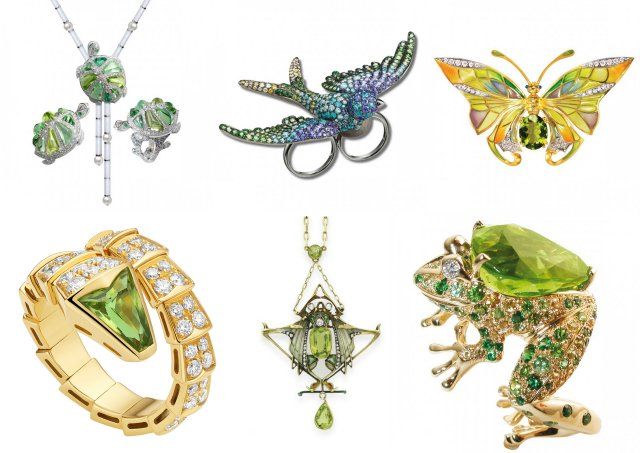 Peridot Jewelry with animals: Mathon Paris turtle set, Jessica Fong Bird ring with Peridot, Masriera enameled and butterfly brooch with a large Peridot. Below: The Serpenti Ring by Bulgari with a beautiful peridot, a vintage piece by Lucien Gautrait and a cute frog ring by Mathon Paris

Peridot engagement rings are increasingly popular as colored gemstones are favored by Millennials. As you may have discovered, this stone is stunning and used in so many different pieces of jewelry. Who knows, next time you go the jewelry store, you might be tempted to seek something green!

A great detailed source for this stone is the GIA website. 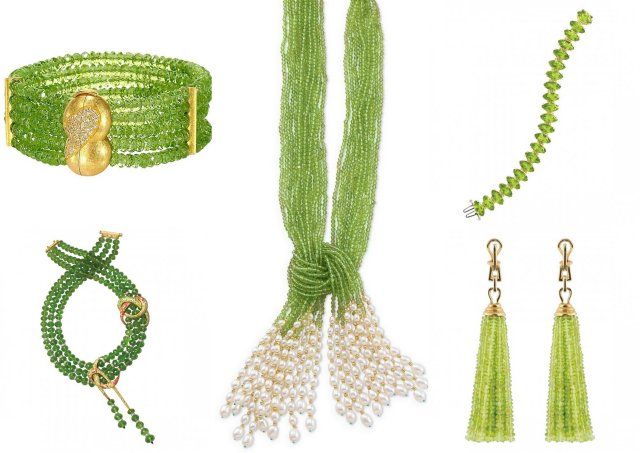 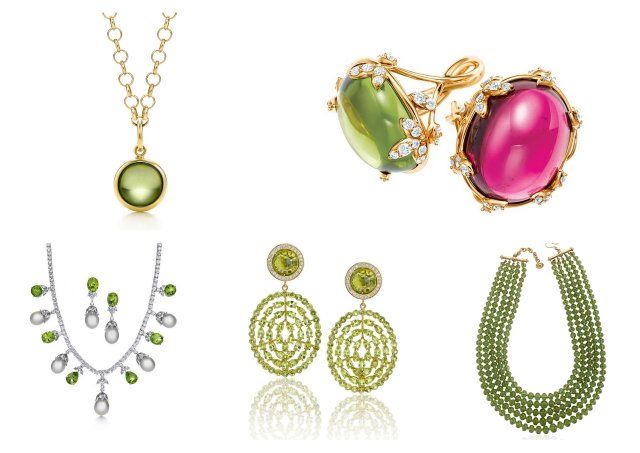 Peridot Jewelry: The earrings below are by Misahara, all the rest is by Tiffany & Co. Apart from the pearl necklace, all designed by Paloma Picasso 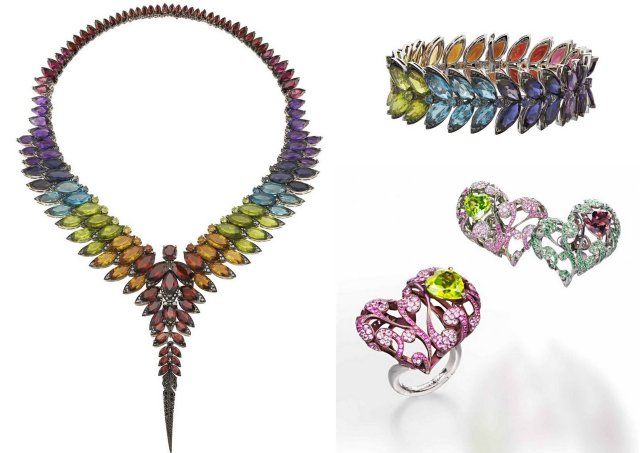 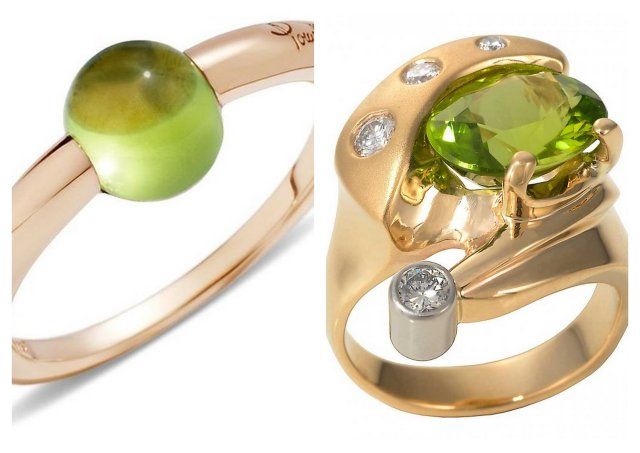 Peridot Jewelry: A classic by Pomellato with Peridot and a 14kt ring by Gordon Aatlo 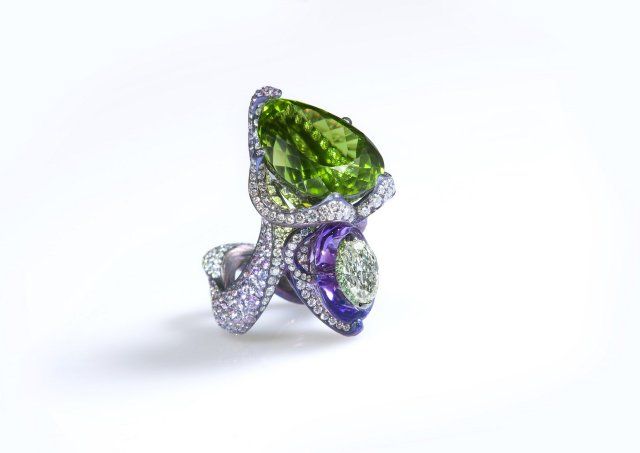 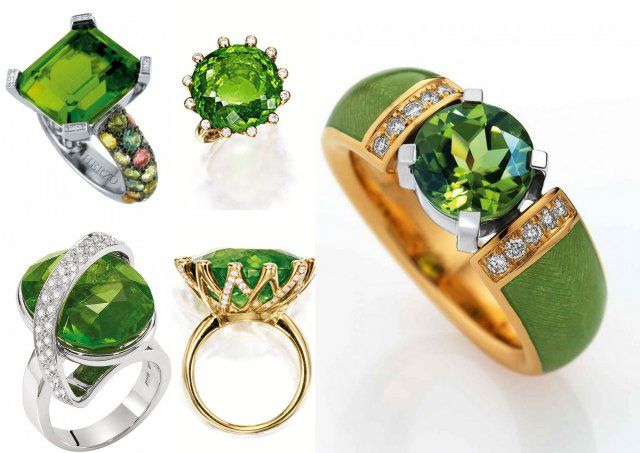 Peridot Jewelry: Herzo ring, Roberto Coin and in the middle: a gorgeous ring offered by Sotheby with an oval Peridot of exeptional color, enameled ring with Peridot by Victor Mayer 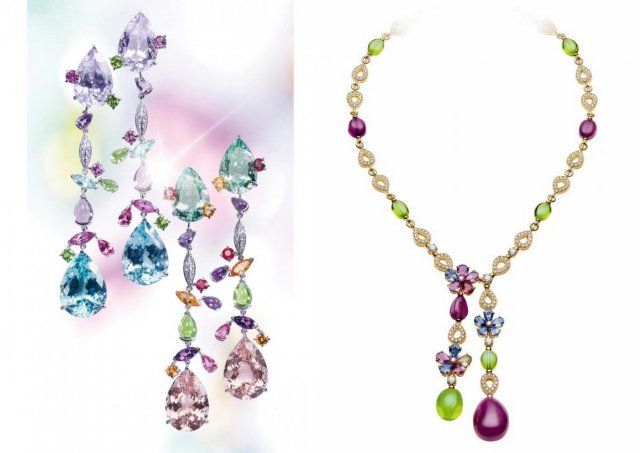 Peridot Jewelry: Both these high end pieces of jewelry by Cartier and Bulgari contain Peridot