Jewelry Industry: The next step in diversity and inclusivity may look very different than you thought.

Did you notice all these posts with companies sharing their (new) female leaders? It took a while, but suddenly brands and marketers have embraced the inclusivity train so wholeheartedly that one wonders, what's next?

Moreover, it's going so fast; are the inclusivity and diversity marketers missing something?

It seems such a short time ago when I wrote about our beloved jewelry industry and how it needed to understand that inclusivity and diversity is the next big thing in jewelry marketing.

In my article, I wrote about the 'older white male' as the person who led the industry so far, but that new times required fresh ideas and attitudes and that a diverse and inclusive hire of people was necessary.

In marketing, we saw influencers, advertisements, billboards, and social media, mainly pushing (in the Western society) the idea of the perfect white, young, slim woman to the market.

That market is often multicultural and multiracial. So it was almost ridiculous how companies pushed these young women in the jewelry, while most of the actual clientele isn't that young and comes in all shapes, colors, and sizes.

Over the past year and a half, we have seen a massive effort by companies to show their dedication to hiring female talent. And as much as I applaud more females in crucial positions, I also wondered if it felt like empowerment or if it felt slightly 'forced' somehow.

Perhaps even like parading the women to show how they, the brand, the organization, were doing the right thing?

On the other hand, within a brief period, we saw diversity everywhere. People of all colors and races featuring in ads, promoting washing powder or local supermarkets, and everything in between!. We met some LGBTQ love here and there and perhaps noted that the hero of the portrayed story in the ad was in a wheelchair. 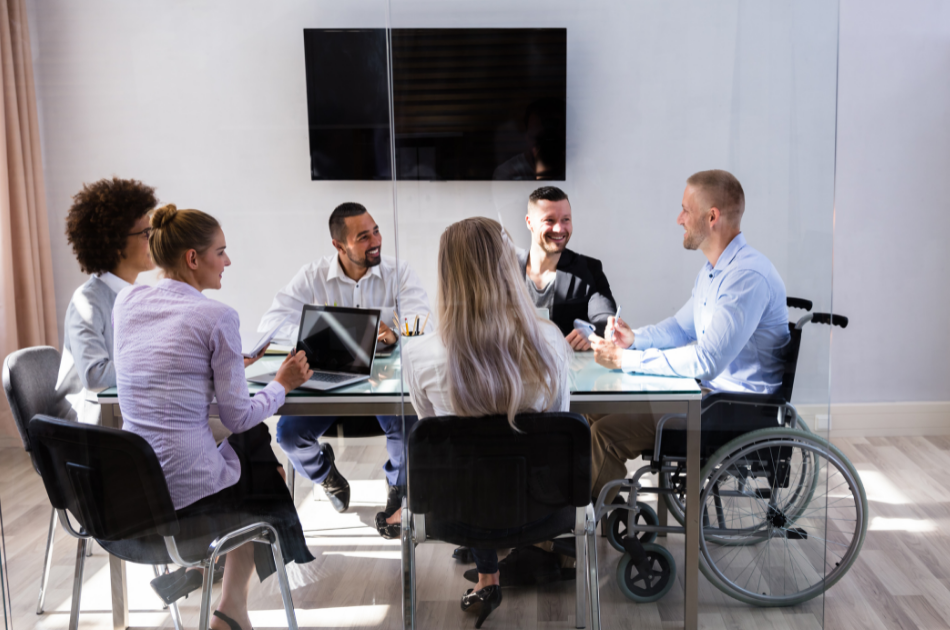 But wait, what about authenticity?

It didn't feel authentic, but I think it can't feel like that...yet.

Before we feel the urge for change, we go through a period of unbalance followed by a period of" forced' initiatives in the pursuit of finding a new balance.

Some hurry to show they understood how the new balance should look like and some see it as golden marketing (sales) opportunity.

The urge might not come from the heart immediately, but we also need to accept and endure a period of chaotic ups and downs before a new balance is found. Too much or too little effort is shown; it ( in this case, diversity and inclusivity) just isn't in most companies' DNA as much as it is in their willingness to connect with the clientele and be relevant to the consumer.

Yes, I remember talking vividly about how older white males lead many jewelry companies. But, unfortunately, they aren't always synonymous with up-to-date ideas and adaptations to cultural changes. But today, we see the rise of female CEOs and -leaders, and I genuinely believe that the possibilities for most of them are equal to men in the jewelry industry.

Yet, I feel that we are sending a message out there, that opportunities aren't yet equal, but is this true?

And then again, aren't females doing better in school? Aren't they taking over the workforce in many sectors (most doctors and veterinarians (85%) today are female, to make a point)

Sure, for some companies or niches within the jewelry industry, it might actually still be business as usual with the old white boy's club. No females to be found in crucial positions yet. 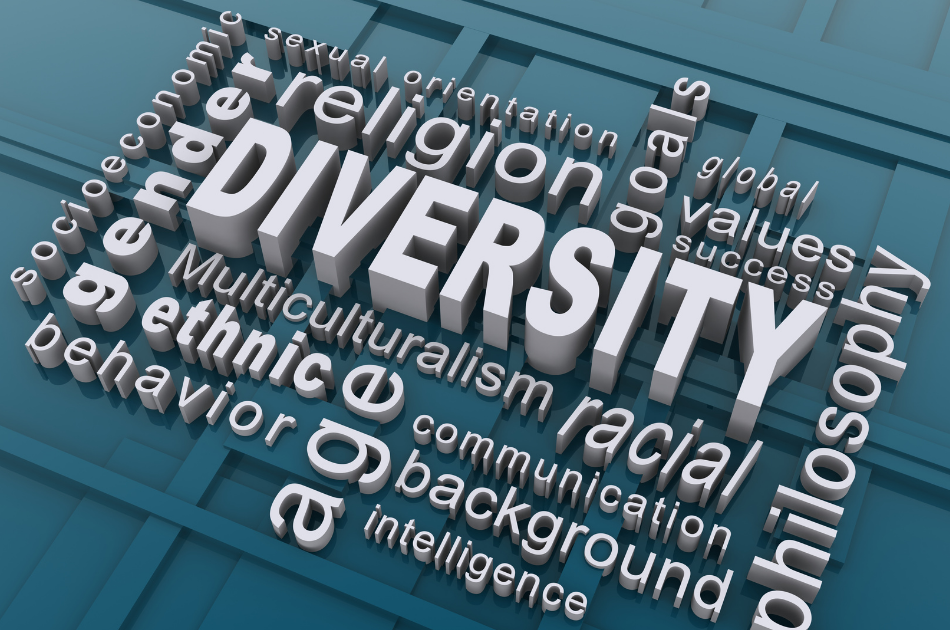 While some of us want to see the older white man disappear as fast as possible from their so-called thrones, I would argue that this would be a colossal waste of valuable experience. These men are often experts in their field, with a ton of knowledge that they don't teach you in school. They have perspectives that we should not throw out of the window. And not being totally up to date with the fast changes in culture, marketing, and how young customers respond and consume doesn't mean they don't bring many other valuable traits.

Should we continue to celebrate each female hire on social media?

And if we need diversity and inclusivity, have we achieved it now? The round models? The Down Syndrom model for D&G? The many colors and races and cultural diversity in ads? The many female leaders proudly presented by large brands? Are we there yet with a new balance, or are we missing something? Maybe in marketing, we do not. It could be more authentic, more wisely used, more empowering, and more fun, but I appreciate the enormous steps made so far. You?

Yet, I think we do miss something in another area of business. So let's explore!

Diversity and inclusivity on the work floor

Why? You could actually hire an African American woman and a gay transperson and still have NO diversity whatsoever. The diversity needed in teams, in companies, and on the work floor is cognitive diversity.

The two people, as mentioned above, may look very different but have the same pattern of thinking. In other words, they may think and act the same.

So, while it is admirable to push boundaries for diversity in hires, the true inclusivity comes from not (just) looking at gender, race, color, and disabilities or age, but look at how that person's thinking and character add to the diversity of the team.

It would help if you had people that are actually very different within a team. For example, there is a method of colors by Carl Jung that some use to identify characteristics of a person. (there are many methods and ideas, I just share this one that I know slightly better)

Roughly said: Red is dominant, persistent, doesn't stop at the first no, pushes boundaries, opens doors. Blue is meticulous, precise, controls and checks, always thinking within the rules and boundaries, constant. Green is social, compassionate, connects people, finds meaning in human relationships, warm and Yellow is creative, fun, innovative, daring & caring, can be a solo or team player, always full of ideas. Of course, there are many different gradations in these colors and character traits ( although my friends swear that I am as yellow as a canary ;-))

As a friend of mine who did their licensing for many years, Disney told me, hires teams based on these colors, ensuring that they get the best combination of characteristics for any task or job ahead. 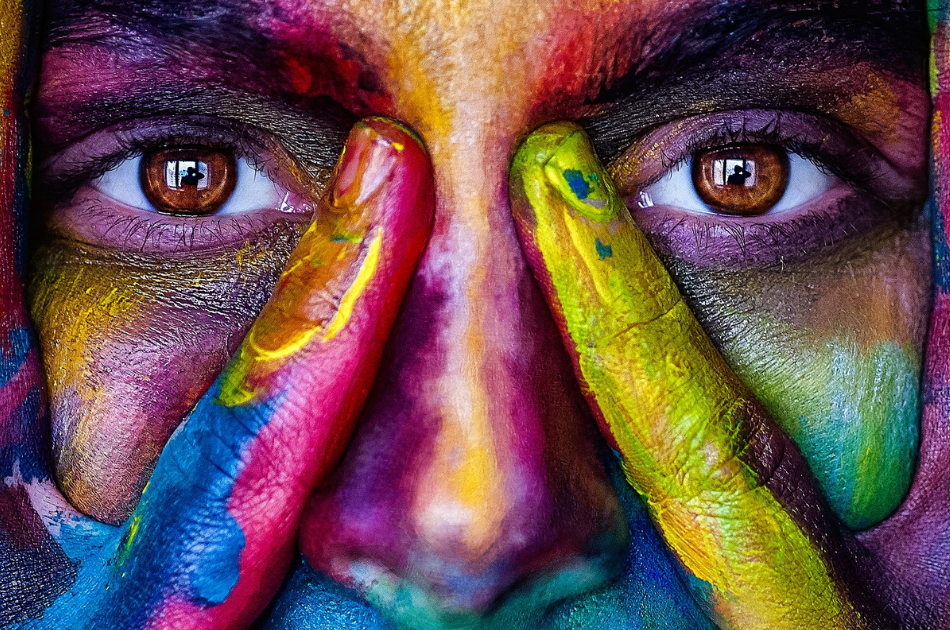 What if diversity and inclusivity are much more profound

And here we discover the next step. When we stop looking at the color, gender, and rest when we no longer dismiss a woman for being too old or hire a woman not for being the best but because she is female, we might miss out on great business opportunities.

And indeed, we should always have a team that allows a female and male perspective (and all other perspectives necessary and encouraged)

As Amy Wilkinson, a Stanford University lecture, stated in her book The Creator's Code,  for which she spoke with 200 entrepreneurs: two very different people can think the same if trained by the same institutions.

The idea is, she says, to tap into different points of view and encourage cognitive diversity in your work or workplace to UNLOCK solutions.

Should we then stop hiring based on diversity on the outside? No.

Just this week, in the Netherlands, we learned that the mid 20th century Amsterdam discriminated against gay people and women from civil servant's jobs. There are still boundaries to break and open-mindedness to gain.

So the next step after hiring outside diversity is to crush it on hiring 'inside diversity.' It's not new, but it's not as commonly known and practiced as it should be. As Amy Wilkinson discovered, it's a KEY trait of successful entrepreneurs and their businesses: inner diversity. We need to create the next step in awareness about diversity, which could be crucial for your brand or organization!

I argue here to look further than just ''quickly'' adapt to diversity and inclusivity by hiring people to be diverse on the outside. It would be best if you indeed considered hiring people with different backgrounds, religions, ages, races, colors, gender, and culture. Support them fully AND pay even more attention to what they bring to the table with their unique views, education, experience, and personal traits beneficial to a team and the company.

Good leaders are those who pave the way for others to blossom and grow. I hope, with all my heart, that the leaders of today and tomorrow, male, female, trans, black, Asian, white, young, or old, will see potential and worth in those who deserve it. At this moment in time, we need to pay attention to not overlook talent but nurture talent and think more holistically.

Yes, many hurdles still to jump, but what a future to look forward to!

Want to know more about the topic?

You could talk to different organizations such as Insights Discovery or read books such as The Creators Code. Would you like to discuss how this could work within your organization with me? Check this page on how to work with me!